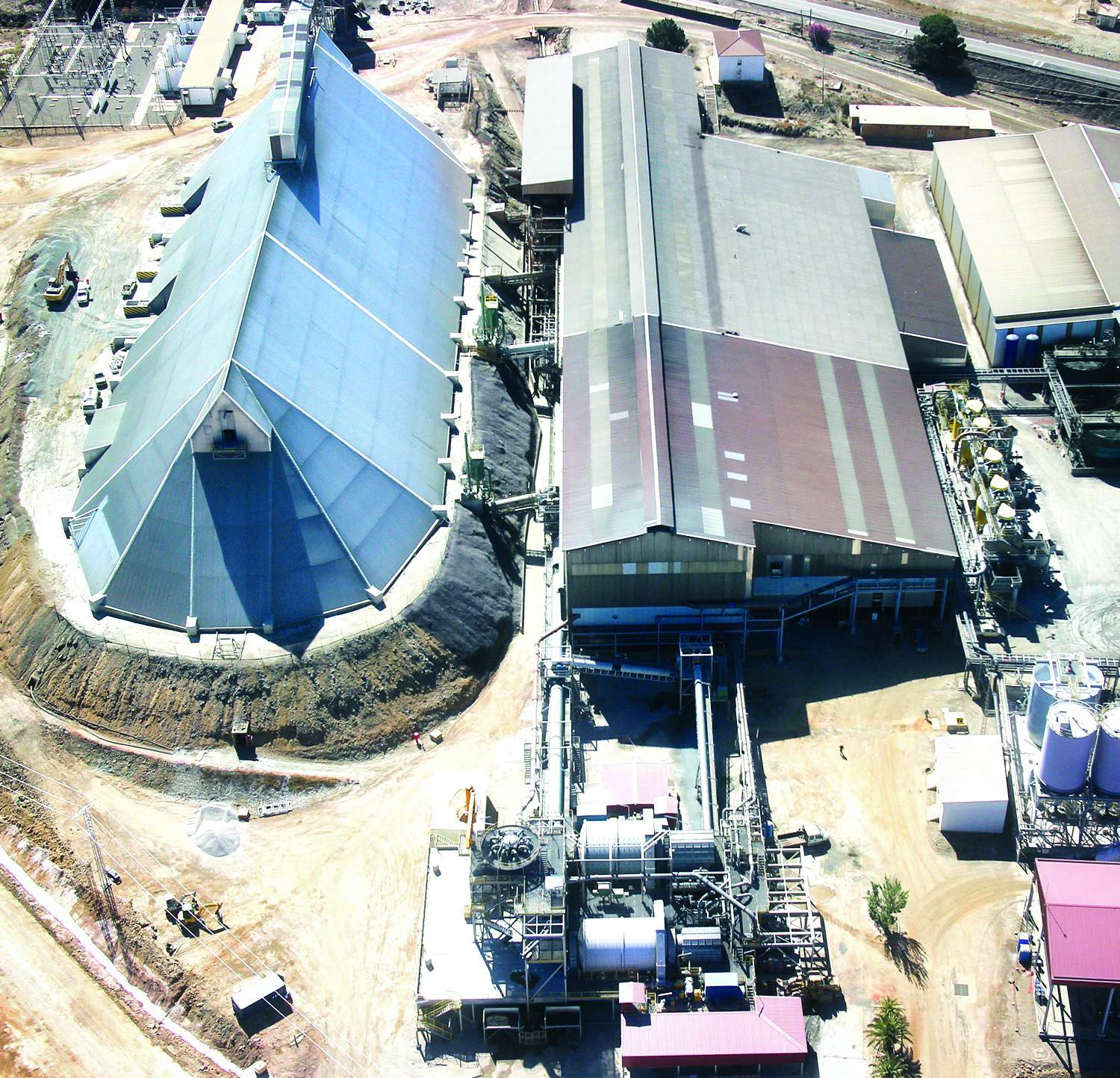 Atalaya Mining has approved construction of the first phase of an industrial-scale plant that will use the E-LIX System to produce high-value copper and zinc metals from the complex sulphide concentrates sourced from the company’s Proyecto Riotinto open-pit copper mine in Andalucía, Spain.

The company, based in Nicosia, Cyprus, said it had concluded a feasibility study that evaluated the technical and economic viability of producing cathodes from complex sulphide concentrates by applying E-LIX, a new electrochemical extraction process developed and owned by Lain Technologies Ltd. with the financial support of Atalaya. E-LIX is patented by Lain Tech.

Atalaya noted that it has secured certain terms of exclusivity with Lain Tech for the use of E-LIX within the Iberian Pyrite Belt.

The E-LIX plant, according to Atalaya, will dissolve the valuable metals contained within the concentrates. The testwork and system design allows for the dissolution of chalcopyrite while avoiding the passivation of particles. After copper or other metals are brought into solution, they can be recovered by conventional precipitation or solvent extraction followed by electrowinning.

Phase I plant capacity has been designed to produce 3,000 to 10,000 metric tons (mt) of copper or zinc metal per year depending on the ratio of copper to zinc in the concentrate feed.

Atalaya said the estimated capex for Phase I is €12 million ($13.6 million) and the design allows for unlimited capacity expansion through the addition of multiple lines in parallel. Atalaya expects the plant to be operational in 2022, including commissioning.

The decision to approve and construct the Phase I industrial-sized plant follows more than six years of evaluation and derisking work, according to the company, including continuous tests at the laboratory, a small pilot plant and finally a semi-industrial pilot plant.

A semi-industrial E-LIX pilot plant was constructed in late 2019 and has operated during 2020 and 2021. The results of the pilot tests were in-
cluded in the feasibility study and successive optimization work. The company said the long-run continuous tests demonstrated the feasibility of leaching complex polymetallic concentrates with global recoveries of more than 95% for copper and zinc while producing clean metal precipitates and/or high purity metals.

The E-LIX plant is expected to use the renewable energy that will be produced by Proyecto Riotinto’s solar plant.

Modular Plant to Generate 1,900 SCFM of Nitrogen for Mining Customer

A Flood of Flowmeters