Agile Approach to Process Optimization Pays Off for Copper Producer 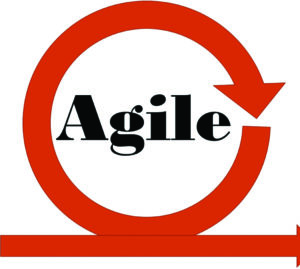 Although new technologies offer an attractive avenue for achieving plant performance improvements, new ways of thinking can provide similar results. Such methods, however, can collide head-on with traditional industry custom and engineering practice. Copper producer Freeport-McMoRan is a case in point.

A case study provided earlier this year by McKinsey* illustrates how Freeport-McMoRan adopted “agile principles” to its quest to get more production out of its Bagdad, Arizona, concentrator without heavily investing in capital improvements during a period of soft metal prices.

An Artificial Intelligence (AI) model built from years of operating data and agile-principle efforts predicted that the mine could increase production from its concentrator simply by speeding up the feed rate to the plant.

It was a gamble, but they tried it — and it worked. It couldn’t be classified as an overnight success, however. The mill’s improvement relied heavily on information from a “data warehouse” that the company had been compiling for about 10 years prior to the Bagdad project. The data warehousing initiative was aided by subsequent sensor deployment and network improvements.

In the words of the McKinsey report, during the years following the start of the data collection effort, “…maintenance teams lobbied for the installation of additional network equipment and performance sensors. The teams would manually download data from those sensors to the data warehouse so they could further sharpen their maintenance practices and improve the functioning of equipment. When wireless mesh networks became cost effective and reliable, Freeport-McMoRan installed them at all its sites. Now the company can capture and correlate second-by-second performance readings in the data warehouse, all in real time. With advanced analytics and AI techniques, Freeport-McMoRan could scan the vast quantity of data it collected, identify even more operational changes that might raise performance, and put them to the test in the field.”

The McKinsey report explained that staff at Bagdad and Freeport-McMoRan’s central operations group originally believed all the ore entering the mill was of the same type. Consequently, they had defined a single “recipe” of lower and upper parameters for the mill’s 42 control settings: the mix of differently sized ore chunks being fed into the mill, the pH level in the flotation cells, etc.
But when the agile team at Bagdad ran the data from the mill’s performance sensors through its model, the members of the team discovered that, from the mill’s perspective, the mine was actually producing seven distinct types of ore — and the mill’s standard recipe for control settings didn’t match the properties of all those ore types. Ore containing more iron pyrite, for example, would yield more copper if the pH level in the flotation cells were set higher than the recipe prescribed.

“Thinking about ore clusters in terms of data from the mill’s instruments, rather than classifications from traditional geology, was a major mindset shift — and it opened up many new possibilities for improving performance,” said Sean Buckley, a McKinsey partner who led the analytics work. The team’s analysis suggested that adjusting the mill’s controls to suit each of the seven ore types could increase copper production by 10% or more.

The McKinsey report noted that by the time corporate management gave the Bagdad improvement team the greenlight to incorporate production adjustments suggested by the AI model, the team had become proficient in “agile” thinking. Without going into deep detail, employing agile principles dictates making successive minor changes to reach an intended target, rather than intricately planning a single, comprehensive and hopefully, successful modification aimed at solving all perceived problems in a single step. For many traditional engineering-oriented companies and staffs, it’s a 180° change in approach. The McKinsey report quoted Justin Cross, the Bagdad site’s general manager. “Usually when we run operational projects, we over-engineer them,” he said. “We test every conceivable scenario, build in safeguards, and do everything we can to ensure that a process change will result in an improvement before we make it. It’s a dependable way to get good results. But it takes a huge amount of time, effort, and capital investment.”

“It took us a while to get comfortable with agile,” Cross said. “We had to let go of a lot of old habits.”

Harry M. “Red” Conger, former president and COO, Americas, at Freeport-McMoRan, summarized the company’s efforts to learn how to use agile methods and AI tools at its sites. Here are some of his observations and recommendations drawn from the Bagdad project:
• Don’t wait for the “perfect” product or solution to begin using it. Once it’s working well enough, implement it right away. Immediate action brings immediate results

• Be willing to reconsider and discard long-standing assumptions and processes if better ways to do things are found. That means validating new ideas through data analysis and fieldwork.
• Empower frontline teams to take risks. That’s how testing and learning happens. Set clear boundaries on what teams can try. Make it clear they won’t be blamed if their experiments come up short or incur extra costs.
• Use data science to catalyze decision making. Human judgment and intuition are hard to replace, but people can make better decisions when they’re informed by analytical findings.
• Once value is created with agile and AI, spread the word about what was done and how it was done. Showcasing success will attract interest in these capabilities and motivate colleagues to adopt them.