Barrick Gold Corp. appointed George Bee as senior vice president for Lama and Frontera district development. After leaving Barrick, he became president and CEO of Andina Minerals, before moving on to become CEO at Jaguar Mining. Mark Hill was also appointed as chief investment officer. He will join the company’s Executive Committee, as well as its Growth Group, and will oversee an evaluations team, who will independently scrutinize proposed expenditures before they go to the Investment Committee. He rejoins Barrick after four years at Waterton Global Resource Management, where he is currently a partner and head of mining.

Goldcorp appointed Charlie Sartain to the board of directors, effective January 1. Previously, he was the CEO of Xstrata’s global copper.

Midas Gold Corp. appointed Laurel Sayer as president and CEO of Midas Gold Idaho. In addition, Michael Bogert was appointed to the board of directors of Midas Gold Corp., replacing Sayer. Having served on Midas Gold’s board of directors since 2014, Sayer currently serves as executive director of the Idaho Coalition of Land Trusts. Currently an attorney in Parsons Behle and Latimer’s Boise and Washington, D.C. offices, Bogert is the former counselor to U.S. Interior Secretary Dirk Kempthorne.

Perseus Mining Ltd. appointed Chris Woodall to the role of COO. Most recently, he held the positions of senior vice president of operations for Goldcorp Inc.

Vena Resources Inc. appointed Bill Williams, a recently elected director, as CEO. Martin Walter will continue in the position of president. Williams is a former CEO and president of Orvana Minerals Corp.

David Massola has rejoined Fortune Minerals as vice president of finance and CFO.

Katanga Mining Ltd. announced Matthew Colwill, CFO, tendered his resignation to pursue other opportunities within the Glencore group. Jacques Lubbe has been appointed as the CFO.

Paul Neufeld joined Gensource Potash Corp. as a project manager with overall responsibility for executing the feasibility study for the first small-scale project at the company’s Vanguard area.

Rockwell Diamonds Inc. announced that CEO James Campbell has resigned and Stephen Dietrich and Rick Menell have also tendered their resignations as directors. Campbell will remain a director of the company. Executive Officer Tjaart Willemse will assume chief executive authority for day-to-day operations and plant completion.

Norm Greenwald, the executive vice president of the International Cyanide Management Institute (ICMI), retired from his position. He has been an officer of ICMI since 2005, but his involvement with the Cyanide Code stretches back to its inception.

Komatsu America Corp. promoted Dan Funcannon to vice president and general manager of the company’s mining division. Funcannon joined Komatsu in 1994 as a design engineer and has held roles of increasing responsibility within the research and development organization. Most recently, he was director of engineering, responsible for all engineering activities for large mining trucks.

Maptek announced that Sam Shoemaker has joined the North American office as a principal engineer. Most recently, Shoemaker was responsible for establishing the Salt Lake City, Utah, office of Barr Engineering where he served as a senior mining consultant.

Tsurumi Pump named Chuck Rickman as its new vice president of sales. As the former vice president of product development for Bakercorp, he joined Tsurumi in August. He will assume the responsibilities of the recently retired Bill Davidson.

Laercio Albuquerque joined Deister Concentrator as director of business development. Most recently, Laercio was employed by the Derrick Corp. as sales manager of Latin America. 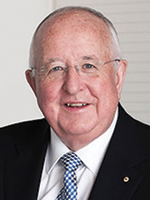