Dolly Varden Silver Corp. appointed Rosie Moore as interim CEO and president. Moore is being seconded, on a full-time basis, from her position as a consultant with Hecla Mining Co. Prior to her work for Hecla, she was a partner/analyst with Geologic Resource Funds.

Centamin appointed Andrew Pardey as CEO and will join the board as an executive director. Josef El-Raghy, interim CEO, will continue in his role as chairman. Pardey was appointed COO in May 2012.

Mandalay Resources Corp. appointed Belinda Labatte to the position of head of stakeholder engagement and corporate affairs. Labatte has worked as corporate secretary since 2010 and her Toronto-based firm, The Capital Lab Inc., has provided investor relations support and advisory work since 2009.

BMT WBM appointed Paul Charlton as managing director of its machinery group. He worked for Hydramatic Engineering and Sandvik Mining & Construction before moving to Nepean in 2010.

Camfil Air Pollution Control promoted Thomas Frungillo to the position of vice president, Camfil APC Americas. Since joining Camfil APC as a regional sales manager, he has held a succession of posts in sales management as well as special market management in the pharmaceutical, mining and thermal spray industries. 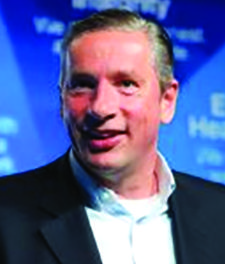