Duluth Metals announced new management and technical team appointments for the Twin Metals Minnesota joint venture. It includes two new members from Antofagasta, Andronico Luksic and Alejandro Rivera, and three existing members from Duluth, Kelly Osborne, Christopher Dundas and James Jackson. Bill Hayes, Ramon Jara and Gary Loving have resigned as directors. Dundas has been appointed as chairman of TMM and Loving has resigned as chairman. Juan Andres Morel, CEO of TMM, resigned. Osborne, current president and CEO of Duluth Metals, will assume the role of CEO of TMM. The new Technical Committee appointees include Vern Baker, previous president of Duluth Metals, Andrew Hara and Phillip Larson from Duluth Metals, as well as Murray Canfield and Francisco Walther from Antofagasta. Baker has been appointed chairman of the Technical Committee.

McEwen Mining appointed Nathan Stubina as managing director. He was previously the company’s vice-president, technology and will be taking over the responsibilities of Ian Ball, former president.

Amarium Technologies appointed Troy Morgan as the manager of operations at the San Pedro mine located in Michoacan, Mexico.

Alderon Iron Ore Corp.appointed Ian R. Ashby, former president, Iron Ore of BHP Billiton, and W. Adrian Loader, former president and CEO of Shell Canada, to the board of directors. Stepping aside from the board will be Matt Simpson. Simpson has been involved with Alderon for almost four years.

Claude Resources announced the retirement of Chair Ted Nieman and another longtime director Ray McKay. Interim President and CEO Mike Sylvestre will become chair. Director Brian Booth was selected by the board to act as the lead independent director. Booth has been a non-executive director since 2012 and serves as the president and CEO of Pembrook Mining Corp.

Centaurus Metals announced changes to its board and senior management team. Operations Director Peter Freund has stepped down but remains on the board as a non-executive director. Richard Hill and Steven Zaninovich have stepped down as non-executive directors. The company’s secretarial role held by Geoff James will be assumed by John Westdorp, who will now take on the combined responsibilities of CFO and company secretary. General Manager of Operations in Brazil Alexandro Moura has also stepped down.

Hecla Mining appointed Mark Board to the position of vice president, technology and innovation. Board was previously Hecla’s corporate director of geotechnical engineering. Prior to joining Hecla two years ago, Board worked at Itasca Consulting Group for 25 years as a mining and rock mechanics consultant to mining companies worldwide.

White Mountain Titanium Corp. appointed Kin Wong as CEO. He served as a director and chairman since January. The company also appointed Michael Kurtanjek as COO. Kurtanjek now serves as both president and COO.

Dirk Hoke took over as CEO of the Large Drives Business Unit of the Siemens Drive Technologies Division. After serving for several years as CEO of Siemens’ Cluster Africa and Siemens Morocco, in 2011 he took over leadership of the Industry Solutions Division before being appointed to head the Siemens Division Customer Services. 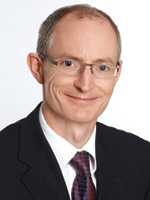