Rio Tinto Chief Executive Sam Walsh will retire from the business on July 1 and will be succeeded by Copper and Coal Chief Executive Jean-Sèbastien Jacques. To ensure a smooth transition, Jacques, will join the board and become deputy chief executive with immediate effect. During more than three years on Rio Tinto’s executive committee, he has brought greater focus to the copper and the coal businesses.

Goldcorp announced several changes in senior leadership. Russell Ball, executive vice president of corporate development and capital management, will assume the CFO role, effective immediately. He replaces Lindsay Hall, executive vice president and CFO, who has left the company. Ball joined Goldcorp in 2013 from Newmont Mining, where he served as CFO from 2007 to 2013. Richard Orazietti will assume the role of senior vice president and controller. He has been vice president, internal audit, at Goldcorp since 2012; David Stephens will assume the role of vice president and treasurer. Stephens joined Goldcorp in 2014 after starting his career in investment baking, and most recently, he worked as director, corporate development, at Goldcorp; and Rohan Athaide will assume the role of vice president, internal audit. Athaide joined Goldcorp in 2012, and most recently worked as director, internal audit. George Burns, executive vice president and chief operating officer, will continue driving operational performance. Business unit leaders Chris Woodall (Canada/USA) and Joe Dick (Latin America) will provide regional oversight of operations and each will be supported by regional CFOs, two newly created positions for which a search process is also under way. The responsibility for project development will now move from Ball to Burns in order to further integrate the operating and project teams. Charlie Ronkos, senior vice president exploration, is also leaving the company to pursue other interests and the exploration office in Reno, Nevada, will be closed.

Harmony Gold Mining Co. Ltd. appointed Beyers Nel as COO of the South African operations and Phillip Tobias in the new position of COO of special projects and development. Both have been regional general managers at Harmony, responsible for certain mining operations since July 2014.

AuRico Metals announced that CFO Robert Chausse has resigned to become the CFO of another company.

Stillwater Mining announced that Mick McMullen, president and CEO, has agreed to a new contract that extends McMullen’s employment until December 31, 2018.

Mountain Province announced that the Gahcho Kue Joint Venture has appointed Allan Rodel as the mine general manager. Rodel joined the De Beers Group in 1997 and has held a number of senior management positions, including that of Gahcho Kue project manager since 2013.

Mining Projects Group Ltd. announced mining executive Ian Finch has been appointed chairman of the board. He is chairman of Tyranna Resources Ltd. and a nonexecutive director of Orinoco Gold Ltd.

Orvana Minerals Corp. announced that Daniella Dimitrov is stepping down as a director and the president and CEO. Jeffrey A. Hillis, CFO, has been appointed interim CEO.

Brazilian banker Roger Agnelli died on March 19 in a plane crash after his turboprop monoplane slammed into two homes minutes after taking off at an airport in northern Sao Paulo. Fifty-six-year-old Agnelli, his wife and two children were among seven killed in the crash. Agnelli turned Vale SA into the world’s No. 1 iron-ore producer. Agnelli became the president and CEO of Vale in July 2001 after 19 years as a corporate and investment banker with Banco Bradesco SA, a major Vale shareholder. Following his departure from Vale in 2011, Agnelli founded AGN Participações Ltda and teamed up with Grupo BTG Pactual SA in a mining joint venture.

Hatch announced that Fred Cummings will now lead the company’s infrastructure division in western North America. Cummings’ previous industry experience includes senior roles with TransLink where he was responsible for infrastructure management and engineering, and as president and general manager, BC Rapid Transit.

Tony Troutman has joined FLSmidth to take on the position of vice president of process technology in the company’s minerals division. His responsibilities will include oversight of all process engineering, process optimization opportunities and leveraging of the capabilities of FLSmidth’s Minerals Testing Center, located in Salt Lake City, Utah. 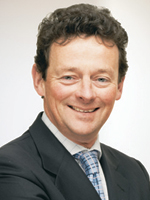