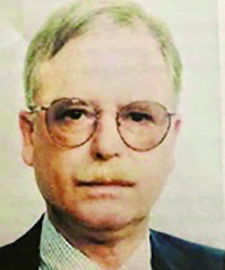 James Somerville Knowlson V passed away on January 2, 2022. Born on Nov. 27, 1940, in Hinsdale, Illinois, he was among the top underground mine engineers in the United States, a great supervisor and mentor, husband and father. After attending Ohio State for a year, he joined the Navy. He then returned to Ohio State, where he decided to become a mining engineer. He moved to Butte, Montana, where he started to work for The Anaconda Co. as a sampler on the late shift so he could attend Montana Tech during the day. That job gave him a bedrock appreciation for practical engineering, mine geology, grade control, workplace safety and a treasure chest of underground experience and personal anecdotes which he enjoyed sharing conversationally, or to make a point. He graduated with honors from Montana Tech in 1973 and continued with Anaconda as an engineer, working his way up to become superintendent of all underground mines on the Butte Hill, “The Richest Hill on Earth.” Because of his expertise in mining, he traveled for Anaconda to sites in Chile, Venezuela, Mexico, Alaska and the United States. In 1985, after Anaconda, he moved to Edmonds, Washington, where he started his own mining consulting business. He continued in mining until retirement in 1995 after several years as chief engineer at the Cannon gold mine. He then resumed part-time consulting activities, including procurement and installation of the shaft hoist for Getchell Gold’s Turquoise Ridge operation.