The National Mining Hall of Fame and Museum (NMHFM), which is located in Leadville, Colorado, USA, recently announced its 2021. They are being honored for setting new and uniform standards and improving existing processes for feasibility studies and resource/reserve estimation, executive contributions and proactive leadership in safety and diversity, innovative practical application of geostatistics, and lifetime contributions to the education of many of the world’s leading mining industry professionals.

The Prazen Living Legend of Mining Award will also be presented at an induction ceremony currently scheduled for October 23. This award recognizes an individual or organization for significant and sustained commitment to educating the public about the relationship of mining to our everyday lives through educational materials, programming and outreach. 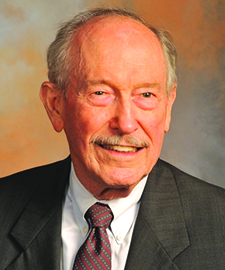 Dr. Richard L. (Dick) Bullock (1929-2020) was one of mining’s greatest experts on valuation, operations, and research and development. After earning a bachelor’s degree in mining engineering in 1951 and then time in the army, he worked in the research department at St. Joe Lead in Missouri. There, he developed the Bullock Burn Cut that would become the worldwide standard for blasting development drifts. Bullock continued to work in the mining industry for St. Joe and Exxon Minerals for the next 31 years while completing a master’s and doctorate degrees in mining engineering. He became an expert on managing mineral property feasibility evaluations, mine development and projects, ongoing mining operations, mining research, and multidisciplinary engineering design groups. He became a professor at his alma mater, Missouri University of Science and Technology, where he taught for 21 years. He developed and mentored young engineers and published some of the most important reference books in the mining. 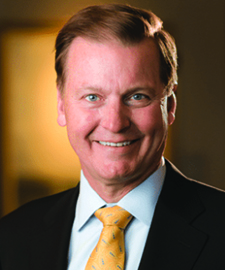 Gary J. Goldberg (1959- ) became president and CEO of Newmont Mining Corp. in 2013. He turned the company’s overall performance around through a disciplined focus on safety, technical fundamentals, and value over volume. This enabled Newmont to execute acquisitions, including Goldcorp in 2019, the largest transaction in the history of gold mining. That same year, Goldberg was instrumental in creating the Nevada Gold Mines joint venture with Barrick. Goldberg has bachelor’s degree in mining engineering from the University of Wisconsin-Platteville and an MBA from the University of Utah. Prior to joining Newmont, he had leadership roles with Rio Tinto companies around the world. 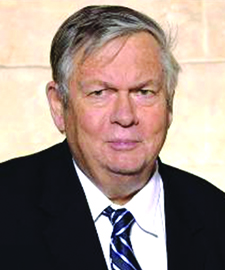 Harry M. Parker (1946-2019) best known for his leadership in establishing clear and defensible methods for classifying mineral resources and reserves in the global mining sector. He was a leading expert in geology, geostatistics, and resource and reserve evaluations. He completed a valuation of St. Joe Minerals’ domestic assets, which he described as “$500 million in five days.” Parker served on the Committee for Mineral Reserves International Reporting Standards from 2007 to 2018, including as deputy chairman, chairman and past chairman. He was instrumental in establishing the registered member category of the Society for Mining, Metallurgy and Engineering, in which members can serve as qualified or competent persons. Between 2007, when the category was created, and 2019, he chaired SME’s Registered Member Committee, co-chaired its Resources and Reserves Committee, chaired its Ethics Committee, and was a vital member of its Valuation Committee. 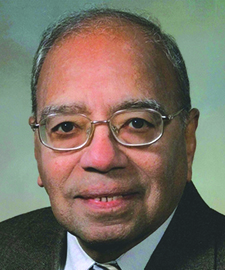 Raja V. (Raj) Ramani (1938- ) has devoted most of his career to educating mining industry leaders through his affiliation of more than 50 years with The Pennsylvania State University. Ramani earned his bachelor’s degree in mining engineering with honors in 1962 at the Indian School of Mines. He joined Bengal Coal Co. before immigrating to the U.S. to earn his master’s and doctorate degrees at Penn State. Ramani joined the faculty and has spent the remainder of his career there. After obtaining his professional engineering (P.E.) license in 1971, he developed a short course to prepare mining engineers for taking the P.E. exam. The course was taken over by the Society for Mining, Metallurgy and Engineering and continues to prepare exam takers even today. By 1978, he became a full professor. He served as chairman of the Mineral Engineering Management Section and head of the Department of Mineral Engineering and was appointed to the first endowed chair in the College of Earth and Mineral Sciences. 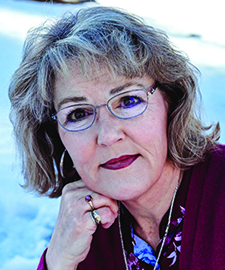 Elizabeth J. B. (Liz) Arnold comes from a logging and farming background and married a miner. Growing up in the mountains in the West, she watched special interest groups politically assaulting the livelihoods of miners, loggers, ranchers and farmers in the media. In 1993, she joined a small grassroots group to fight back — People for the West! (later called People for the USA! — PFUSA). She rose from “member” to Nevada state chairman with 13 chapters across Nevada. When PFUSA’s Board of Directors decided their next chairman of the board should be a grassroots person, she was elected and re-elected for three terms. The group grew to more than 30,000 members during her years of service. All her PFUSA work was uncompensated and volunteered.