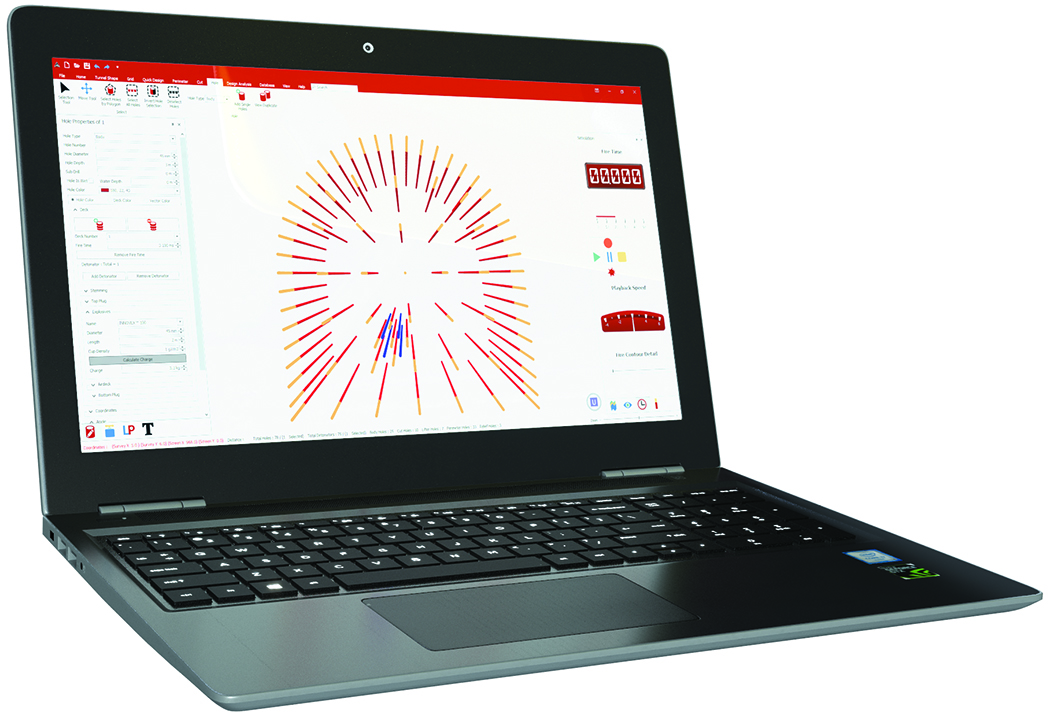 BLASTMAP Underground, according to BME, can significantly speed up preparation of underground blast designs.

BME, a member of Omnia Group, has released a version of its BLASTMAP blast planning software designed for underground mining, joining the company’s current product for surface mining applications.

According to the company, users can design any block shape and create the required cut design — including the perimeter hole design — and can add costs and quantities to predict blast expense. The software also creates technical reports, hole timing analysis and contouring, and allows users to predict vital aspects of the blast such as vibration and fragmentation.

In addition, there is a Direction of Rock Movement feature, which indicates the direction that ground will move,
according to the firing times and initiation points.

Counting on the Connected Mine

Mine Your Business Performance