Roy Hill will receive the newest version of the FLXdrive battery-electric locomotive in 2023 with an energy capacity of 7 megawatt hours (MWh). It is an upgrade from the 2.4-MWh prototype that was successfully tested in revenue service with a Class 1 railroad in the United States in 2021. Based on the route and Roy Hill’s rail operations, the FLXdrive is anticipated to reduce the company’s fuel costs and emissions by percentage double digits per train. The ongoing use of the FLXdrive is also expected to cut ongoing operational costs through maintenance spend.

“Our analysis with Wabtec confirms the FLXdrive locomotive is ideally suited for our rail network,” said Simon Pascoe, general manager of engineering for Roy Hill. “It has the horsepower to operate in a heavy haul train consist pulling loaded wagons with 35,000 tons of iron ore, while at the same time reducing the entire train’s fuel consumption. The FLXdrive also is designed to function in the extreme heat of the Pilbara region.”

Currently, Roy Hill uses four Wabtec ES44ACi Evolution Series diesel-electric locomotives in a consist to pull trains that are typically 2.7 km (1.6 miles) in length. The FLXdrive will replace one of the diesel locomotives to form a hybrid consist, and recharge during the trip through regenerative braking. The FLXdrive manages the overall train energy flow and distribution through its Trip Optimizer system, an intelligent cruise-control system programmed through artificial intelligence to respond to curves and grades of the track in the most energy-efficient way possible. It is also designed with a special liquid cooling system to withstand the Pilbara heat, where temperatures can reach 55°C (130°F). 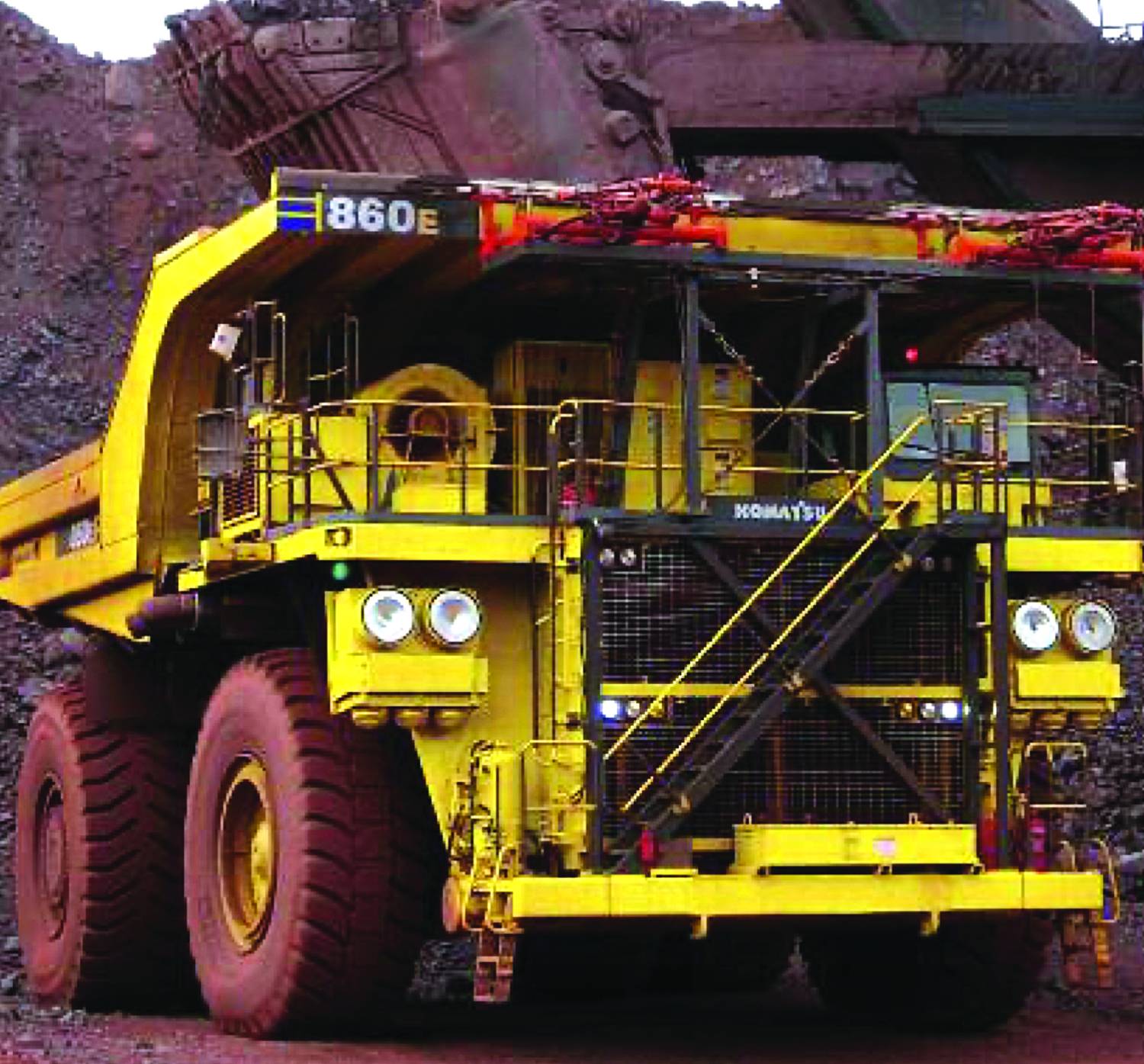 Wabtec also has been testing to demonstrate the ability to brake large haul trucks from 30 km/h in a controlled manner.

Wabtec said its goal is to develop the next generation of zero-emission locomotives. “Controlling emissions is critical in the fight against climate change,” said Rogerio Mendonca, president of freight equipment for Wabtec. “The FLXdrive battery-electric locomotive is a bold step toward a low-to-zero-emission locomotive future. We continue working on solutions that cut the overall carbon footprint of the industries we serve through the development of low-emitting locomotives like the FLXdrive, and the use of alternative fuels such as bio-diesel, renewable diesel and hydrogen.”

The Pennsylvania, USA-based company noted earlier this year in a financial report that the mining sector is a bright spot in its railway-related business, with unit sales and revenues up by double digits in the first quarter of the year. It also announced in December it successfully tested its Collision Awareness System (CAS) Vehicle Intervention Solution with Komatsu haul trucks.

According to the company, testing showed that when integrated with the Komatsu Machine Intervention Controller (MIC), Wabtec’s CAS solution met key performance criteria and demonstrated the ability to brake a haul truck under a controlled deacceleration strategy. This, said Wabtec, is an important milestone for the industry because pending legislation in the Republic of South Africa and a global move to eliminate high-risk vehicle interactions is currently driving Level 9 (intervention control) solutions.

“This initiative proves the broader communication capabilities of our GPS integration solution, which helps to optimize brake functions and mobility dynamics of a large, rigid body haul truck,” said Henro Van Wyk, Wabtec vice president and general manager of the company’s digital mine group. “We will now be able to expand our testing for various interaction scenarios and dynamic decelerations that are required to ensure that the intervention solution performs optimally, positioning Wabtec as the global leader in Vehicle Interaction System Solutions.”

Tests were conducted to demonstrate the ability to integrate and decelerate Komatsu 730E and 860E haul trucks at speeds up to 30 km/h in a controlled manner. This is the first time a Wabtec mining solution has been validated at Level 9 of the Earth Moving Equipment Safety Round Table (EMESRT) Defensive Controls Model for a major original equipment manufacturer.

Wabtec’s Digital Mine will expand testing to better cater to various interaction scenarios designed to improve Vehicle Intervention Solution performance and capability by adjusting detection zones for braking distance, speed and real-time payload, and haul road grade. According to the company, its CAS solution is used by nearly 10,000 assets across 40 mines and has recorded more than 370 million hours of operation. Its Level 7/8 CAS solution is currently available to mining customers.