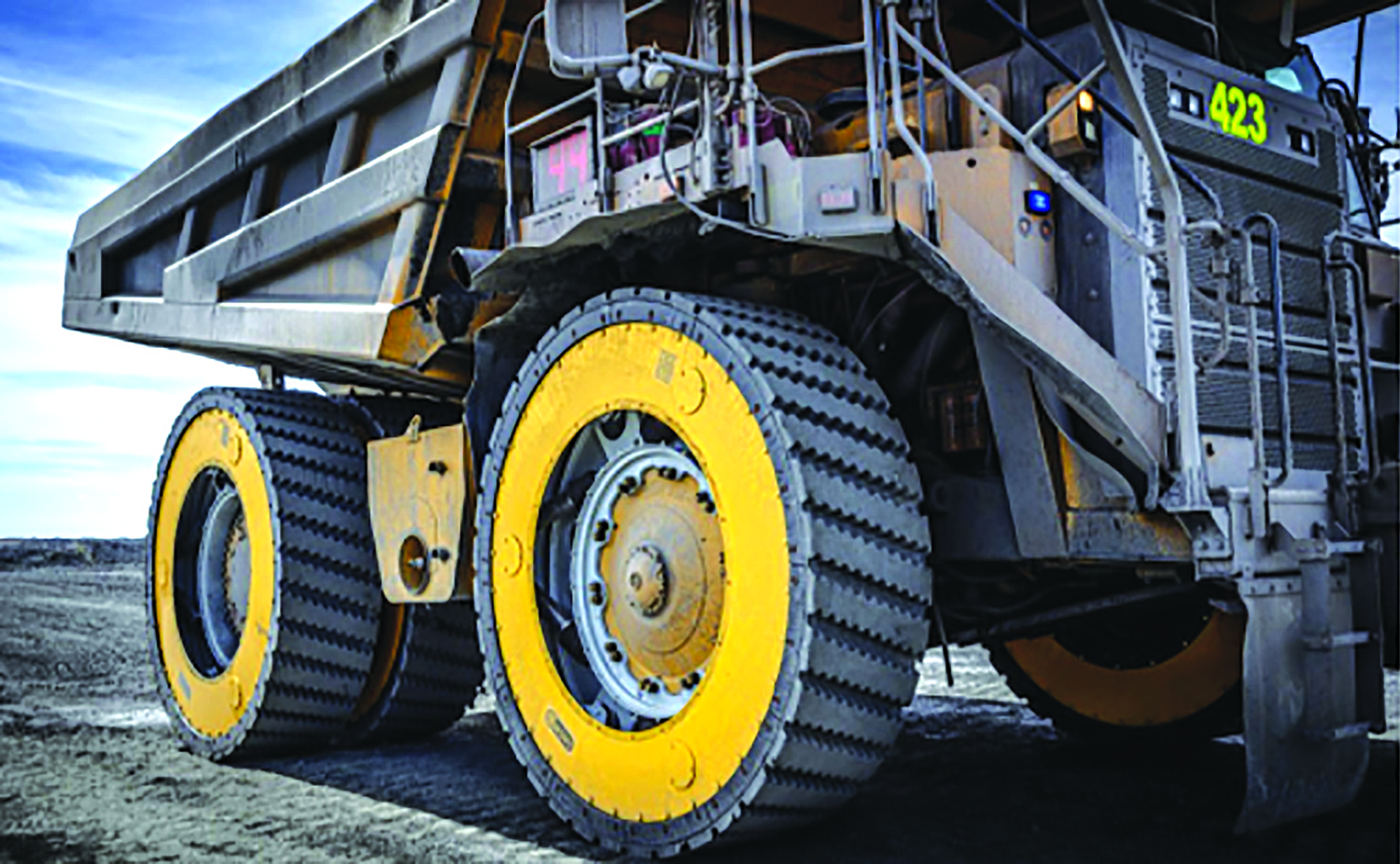 The ASW, according to its developer, is intended to have the same lifespan as the vehicle itself (approximately 10 to 15 years), meaning fewer replacement costs and less time spent changing tires.

An Arizona, USA-based engineering company is taking a serious stab at reinventing the wheel, having developed and tested what it claims is an eco-friendly, cost-effective, stronger, and safer alternative to traditional rubber-tire-and-wheel combinations for large off-road equipment.

The company, Global Air Cylinder Wheels (GACW), said it has raised more than $2.5 million on equity crowdfunding site StartEngine to further advance its Air Suspension Wheel (ASW), a patented airless mechanical design. The ASW combines an inner steel hub with an outer steel drum that is connected by eight to 12 nitrogen-filled cylinders and four to six oil-filled dampers that provide suspension. Individual bolt-on steel or polyurethane treads are fitted to the outer drum, and can be replaced without removing the wheel, according to the company.

Dr. Zoltan Kemeny, president and CEO of GACW, explained that: “As opposed to the traditional pneumatic tire providing suspension outside the rim, the ASW suspension is located inside the wheel. Essentially, our wheels become part of the vehicle’s overall suspension system. Our wheels are an effective and viable option to rubber tires. They are cost-efficient, safer and are better for the environment, and for those industries that rely heavily on tires.”

In development since 2015, ASW technology has been tested in real-world conditions, according to the company. Pointing out that rapid wear and tear caused by impacts, rock cuts, and extreme and uneven loading mean the lifespan of an expensive mining tire is short, the ASW by contrast is durable and designed to have the same lifespan as the vehicle itself (approximately 10 to 15 years), meaning fewer replacement costs and less time spent swapping out damaged tires. Unlike rubber tires, the ASW can be leased, with a 15% residual value after 10 years of service, according to the company.

GAWEC said the major features and benefits of ASW technology include:

• Safer, with no risk of explosion.

• No need for tire pressure and temperature checks.

• Up to 30% reduced rolling resistance, reducing CO2 and NOX emissions.

The ASW design is the latest effort in a decades-long search for a safer, more reliable and less-expensive — in total ownership cost — alternative to conventional OTR tire/wheel combinations. For example, Goodyear introduced a two-piece tire design in 2003 featuring an interchangeable tread and carcass system. Known as the Two-Piece Assembly, the product consisted of a tread unit — a circular belt composed of multi-strand cable bonded to conventionally configured tread material — and a pneumatic carcass unit. The inside of the tread belt had raised circumferential bands that interlocked with grooves on the carcass, eliminating the need for any sort of fastener system to lock the two units together. When the tread belt needed to be changed, the carcass was deflated slightly, the old tread belt was slipped off with the help of a forklift, and the new tread belt was put in place and secured against slippage by reinflating the carcass.

Goodyear initially offered the two-piece assembly in a 45R57 size, to be followed at a later date by 51-in. and 63-in. versions. Although Goodyear claimed the design offered benefits in terms of reduced tire-change downtime, better traction and improved heat dissipation, the product did not generate significant market acceptance.