After installing RCT’s guidance automation package on a single LHD in 2015 with good results, a gold mine recently added the guidance system to two other LHDs and reported benefits ranging from operator safety improvements to reduced shift changeover time and less unplanned machine downtime.

In a recent case history provided by RCT, the Australia-based automation and control specialist company explained how one of its customers, Canadian mining company Mandalay Resources, benefited from implementation of remotely controlled loaders in a narrow-vein mining operation in Australia.

Mandalay owns and operates the Costerfield gold-antimony project southeast of Bendigo in Victoria. The operation extracts ore via a single-portal underground mine, using narrow-vein methods. The mine produces up to 80,000 equivalent ounces per year (oz/y) in gold and antimony in gravity gold and a concentrate containing approximately 54% antimony and 60 grams per metric ton (mt). The nature of narrow-vein mining dictates that ore drives must be minimal in cross-section to reduce dilution.

Costerfield’s drilling and blasting program was designed to maximize ore recovery by throwing the ore toward the draw point. However, historically, the site could only recover 75% of the ore because remaining ore sitting in the stope void was out of reach of the underground loader. Manually operated loaders were not allowed to work beyond the stope brow.

Mandalay investigated implementing a loader that could be managed remotely to extract additional ore and to safeguard equipment operators from hazardous situations at the mine face. In 2015, Mandalay engaged RCT to install its ControlMasterGuidance Automation product on a Sandvik LH203 Loader. The automated loader enabled Mandalay Resources to retrieve significant amounts of ore that were previously unreachable.

In recent years, RCT has increased the autonomous fleet at Costerfield by commissioning ControlMaster Guidance Automation on a second Sandvik LH203 as well as a Sandvik LH151D. The machines are managed from Fiber Optic Control Stations (FOCS) at secure locations in the underground mine protected by Laser Guard Containment Units as well as stations on the mine’s surface.

“Removing operators from the machine is the best outcome as it eliminates their exposure from one of our highest risk jobs, which is working at a stope brow,” said Jayson Guzzo, major projects and innovation manager at Costerfield. “The small loaders we use are very rigid, which has the potential for repetitive strain injuries. They also have open cabs and, in this environment, dust, machine exhaust and debris can be an added safety concern.”

In mid 2019, Mandalay decided to install a digital mine communications network to accommodate future technological growth. “Given that we are a narrow vein operation, we may have to access ore a significant distance from the mine access point, so we are looking at going to a digital platform so we can run a fiber backbone and autonomously operate machines over a vast distance,” Guzzo said.

“In a traditional mine you might spend a whole week bogging a single stope before moving, but at Costerfield, we might bog 3 or 4 headings in one shift, so the number of sites that we have to have set up at any one time are multiple. Hence a digital system will significantly speed up the process of commissioning new drives.”

Mandalay reported that ControlMaster Guidance Automation allowed the mine to carry out bogging and firing operations simultaneously, saving substantial time that was previously spent clearing personnel to a safe distance. The system enabled the company to reduce shift changeover time by two-thirds. According to Guzzo, the site has experienced less unplanned machine downtime.

“At Costerfield the drives are roughly 2 meters wide so Guidance Automation keeps the machines off the walls and stops them bouncing around the tunnels so the damage to the machines is a lot less and results in significantly reduced unplanned maintenance time,” he said. 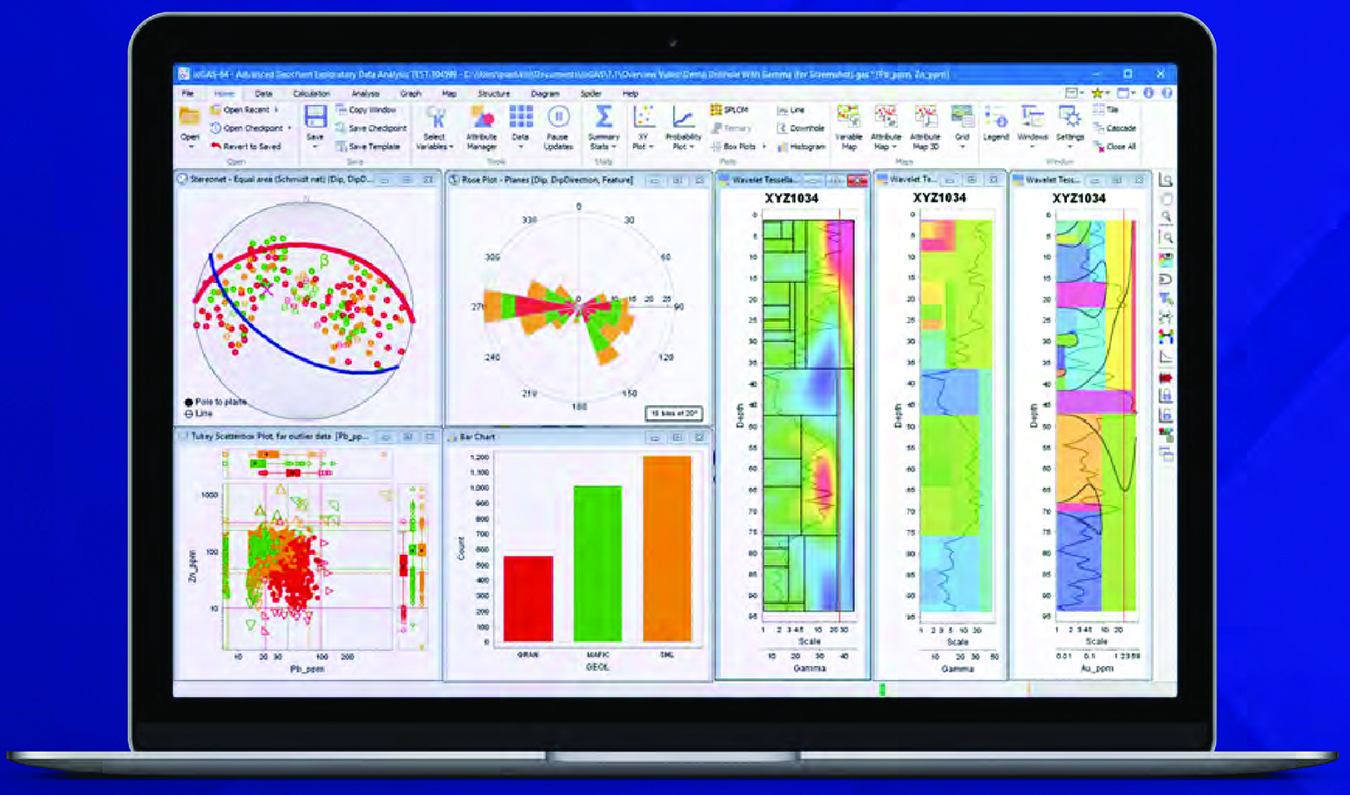 Output files from Imdex’s ioGAS program (above) will be directly importable to the newest version of Micromine’s 3D mine design and modelling software.

Micromine announced recently that collaboration with Imdex, another mining software provider, has joined together detailed geoscience analytics with sophisticated 3D modelling and mine design software to enhance the geological modelling workflow.

Micromine has worked with Imdex for several months to integrate output from Imdex’s ioGAS solution into the next major release of its 3D modelling and mine design software, Micromine 2020, which is scheduled to be launched in late 2019.The collaboration means geoscientists will be able to directly import ioGAS (.gas) files into Micromine 2020 software to map and model geological domains.

Micromine Product Strategy Manager Mark Gabbitus said the ability to import the files and related geological and geochemical interpretative analysis into Micromine 2020 was a boon for both companies and their customers. “Micromine and Imdex recognize it’s in everyone’s interests to enable the efficient transfer of data between packages,” he said.

Although Micromine 2020 is still under development, Gabbitus confirmed some of the key features that would integrate with ioGAS, including:

• In-built ioGAS symbol library so that data imported into Micromine looks exactly as it did in ioGAS;

• Downhole data that can brought from an ioGAS .gas file directly into Micro-mine as points where attributes (e.g., material type) can be modelled or displayed alongside geological logging to validate boundaries and contacts; and

The company said that in Micromine 2020, drillhole traces can be easily created from downhole points contained in an ioGAS .gas file; this data is then saved as a drillhole database in Micromine.

Micromine stated that with more than 10 years of development, Imdex’s ioGAS software has resulted in optimized workflows and convenient tools that incorporate industry best practice in interpretive techniques. The exploratory data analysis software offers detection of patterns, anomalies and relationships in users’ geoscience data. According to the company, it has more than 350 commercial clients and 20 government organizational users.

Micromine said it would continue to work with Imdex and its ioGAS team to further refine the integration before Micromine 2020 is released to the market. 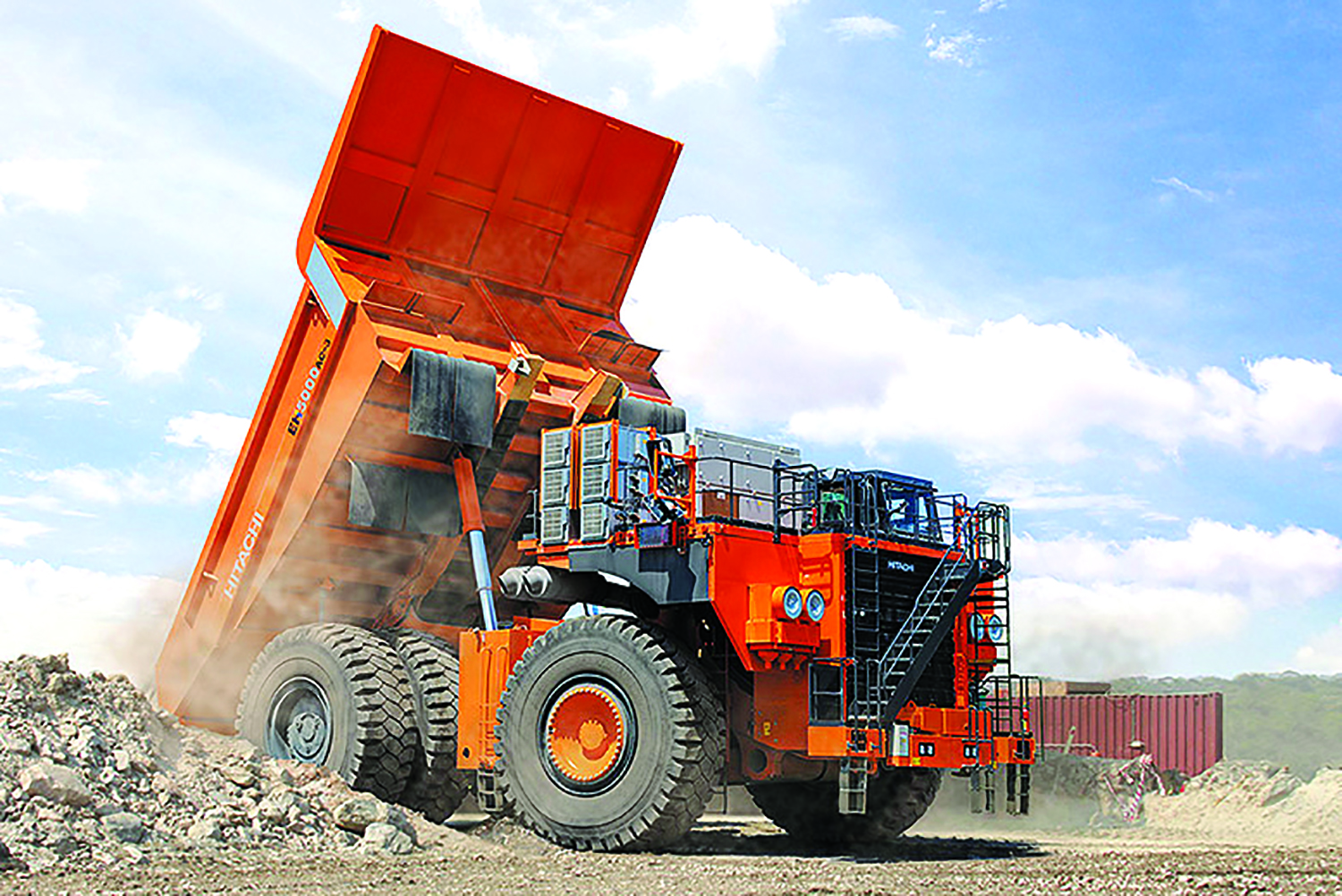 Application of a new mapping technology can provide a number of benefits in a mine setting, according to ASI, including better-defined dump and road edges, canals, ditches and other negative-space terrain features.

Autonomous Solutions, Inc. (ASI) said it has improved an algorithm for autonomous vehicles to detect drop-offs and other large “negative” obstacles often found in areas in which automated off-road vehicles typically operate.

For safe navigation through an environment, autonomous ground vehicles rely on sensor data representing 3D space surrounding the vehicle. Often this data is obscured by objects or terrain, producing gaps in the sensor field of view. These gaps, or occlusions, can indicate the presence of obstacles, negative obstacles, or rough terrain.

Occlusions can be defined as a blockage that prevents a sensor from gathering data in a location. For example, occlusions can be seen as shadows in LiDAR data. Because sensors receive no data in these occlusions, sensor data provides no explicit information about what might be found in the occluded areas. Information about the occlusions must be inferred from using an occlusion mapping algorithm to provide the navigation system with a more complete model of the environment.

“While sensor data itself doesn’t tell us what’s in the occluded areas, occlusions can represent negative obstacles like drop-offs or areas behind large obstacles,” said Jeff Ferrin, CTO at ASI. “It’s important to identify these areas for obstacle detection and avoidance to work properly.”

Application of this new technology can be useful in settings with dump edges at mine sites, steep road edges, canals, ditches, hills or stairs for indoor or urban environments. The occlusion mapping algorithm has three main components. The first is a sensor field of view (FOV) model that describes what obstacles the sensors are expected to detect. This component is designed for point cloud sensors such as 3D LiDAR, Flash LiDAR, structured light and stereo cameras.

Second, an occlusion map is maintained and updated using the sensor FOV model and current sensor data to provide a probabilistic estimate on areas that have not been detected within the sensor FOV. The third component is the integration of the occlusion map into an autonomous vehicle navigation system. It is designed to work with and complement existing obstacle detection and avoidance systems, according to ASI. 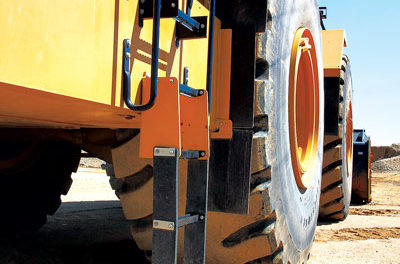