The systems most susceptible to wear and tear have been designed to perform through long service intervals, maximizing uptime, and to be as easy and quick to service as possible, minimizing downtime. The oil-cooled, multiple wet disc brake system is a case in point. As well as being more efficient overall than traditional dry disc brake systems used on standard competing ADTs, said Terex, the fully enclosed system on the TA300 provides longer service intervals. Service brake life is further increased by using the Jacobs compression-release engine brake for retardation.  The rear bogie is 100% maintenance-free. Ground level service access points and the tilting cab also make significant contributions to service time reduction.

Comparing the TA300 with major competing trucks, George McNeil, Terex’s global product manager for articulated trucks, claimed some significant advantages, noting that gross torque is higher and the service brakes are better than those on the Volvo A30E, which also does not have a Jacobs engine brake. McNeil also stated the TA300 has a higher capacity and better power-to-weight ratio than the Komatsu HM300. Similarly it has more engine power and lower net vehicle weight than the Caterpillar 730, which also lacks oil-cooled disc brakes. And the TA300 has better rimpull and higher capacity than the Bell B30D. Although these differences help the Bell to achieve lower fuel consumption than the Terex, the TA300 is slightly better on this measure than the Volvo and significantly better than the Cat and Komatsu machines according to customer data, he added. 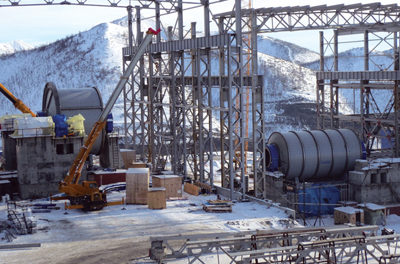