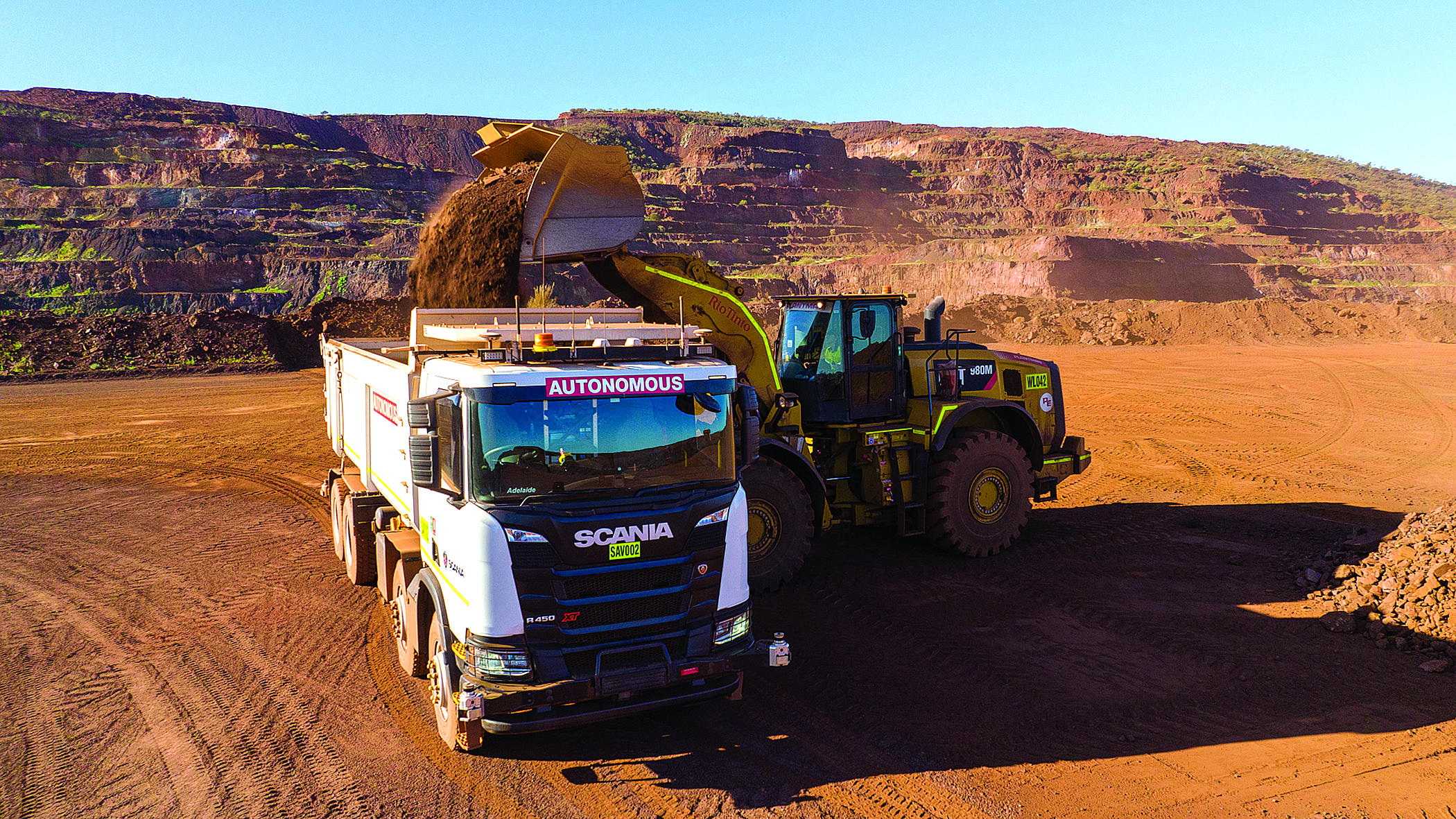 As the mining industry’s shift toward decarbonization, fleet electrification and equipment automation technologies gains momentum, each week brings a new batch of announcements from suppliers, tech alliance groups and individual producers regarding recent steps in the direction of those objectives. Here are the latest updates:

Scania and Rio Tinto announced in mid-October that they are working together to develop an “agile” fleet of autonomous haul trucks in pursuit of potential environmental and productivity benefits.

The two companies said they have established a long-term research and development collaboration agreement for the continuous advancement of this autonomous technology, under which Rio Tinto’s Channar iron ore mine in Western Australia is the first active partner site for Scania’s autonomous mining solution. The partnership also includes options for the future transition to electric-powered vehicles.

Rio Tinto Group Technical Managing Director Santi Pal said “Our climate action plan includes phasing out the purchase of new diesel haul trucks by 2030, and partnering with industry leaders, such as Scania, across a range of fields, is an important step towards achieving that. As well as the potential decarbonization benefits, this partnership provides a path to potential productivity improvements.”

Scania said its trucks have potential advantages over traditional heavy haulage trucks, both in terms of emissions and productivity, as fleet energy consumption, mining footprint and infrastructure requirements can be reduced, meaning that capital and operating expenses may also be reduced at suitable sites.

As reported in our October 2022 issue (see Setting the Standard for Safe, Sustainable Mining, pp. 20–29), Scania is involved in the CharIN alliance, a global association with over 280 members promoting interoperability based on the Combined Charging System (CCS), and is currently involved in development of the Megawatt Charging System (MCS), a next-generation system designed to allow high-power charging with 1MW or more.

“By driving interoperability standards, we will reduce the potential for unnecessary duplication in charging infrastructure and the total cost of ownership, along with safety considerations,” said Santi Pal.