Getting Fuel Flow Under Control with an Integrated Management System

The British Columbia town of Tumbler Ridge, located in the far northeastern corner of the province on the eastern slopes of the Rocky Mountains, about 1,100 km (685 miles) from Vancouver and 640 km (400 miles) from Edmonton, may have an idyllic name, but Jim Cardno knows better.

Indeed, “extreme” does seem to do an injustice to describing the weather that Tumbler Ridge’s 3,300 residents must deal with—constant strong winds and snowstorms with temperatures that can reach -40ºC (-40ºF). But while Tumbler Ridge will never boast a strong tourism market, it does have something that makes it a preferred destination in the coal mining industry—vast reserves of metallurgical coal.

Tumbler Ridge was actually founded in the early 1980s by Peace River Coal, which is headquartered in Vancouver, as a jumping-off point for entry into the Peace River coalfield, which extends for 400 km (250 miles) through northeastern British Columbia. In the past 30 years, the Peace River coalfield has produced more than 200 million tons of metallurgic coal. Since 2005, most of the mining operations in the area have centered around the Trend mine, which is situated 25 km (15 miles) south of Tumbler Ridge on the side of a mountain and produces up to 2 million tons of coal per year. Until recently, Cardno was the purchasing manager for Peace River Coal and the Trend mine, which made him intimately familiar with Tumbler Ridge and the challenges inherent in operating a coal mine in a location that remote and unforgiving.

All of the Trend mine’s mobile production equipment have two things in common—one, they must be able to operate reliably in the extreme weather conditions and, two, they consume huge volumes of diesel fuel.

“Fuel is absolutely critical for them; without it they can’t operate,” said Terry Hayman, a senior technician with P.D. McLaren Ltd., Burnaby, British Columbia, a manufacturer, distributor and servicer since 1924 of petroleum-handling products and services, including fuel pumps and dispensers, electronic hardware and software, and liquid-metering and storage systems.

To keep the operation adequately supplied requires tanker trucks to come to the mine throughout the day, where they keep the site’s trio of 45,000-liter (12,000-gallon) above-ground storage tanks (ASTs) loaded. Until recently, however, Peace River was doing nothing more sophisticated to track incoming fuel than ‘sticking’ the tanks to check fuel levels.

“I had been pushing for four years to get something more sophisticated,” said Cardno. “Management was manually dipping the tanks, which was archaic.”

“They had nothing to do any kind of auditing,” said Hayman. “It was like, ‘Okay, we received 100,000 liters of fuel, but where did it go?’ They used to turn a switch on that would start one of the ASTs and if the register didn’t turn, they’d say it was empty, then move on to the next one.”

With this system, Peace River not only had just a vague idea of its fuel consumption, but it was playing with regulatory fire. In 2009, the Canadian government mandated that companies that receive fuel must be compliant with all environmental regulations, as well as be able to document where every liter of fuel went. At any time, the government could demand an audit of the mine’s fuel usage and if Peace River could not satisfactorily relate how the fuel had been used, the company could be sanctioned.

OPW claims the iSite is the world’s most versatile tank-monitoring system, with the ability to provide real-time information to end-users that can be accessed from anywhere in the world via Internet connection. The heart of the system is the VSmart module, which transmits data from the iSite probes in the ASTs to deliver real-time tank-level measurements. The FSC3000 stores transaction data, driver and vehicle records, and is integrated directly into the C/OPT FIT, which allows 24-hour fueling. The Phoenix Plus software provides centralized control over the fueling operation and features backup and restore functions, terminal emulation, on-demand or automatic transaction polling, and reporting capabilities.

The OPW-FMS system, which was installed in September 2011, not only allows Peace River Coal to track the amount of fuel its equipment is using, but also the fuel used by contractors.

“Peace River is operating the mine with its equipment, but they also employ a large contractor base, who have all of their equipment burning fuel,” said Cardno. “They supply fuel to the contractors because you can’t have multiple fuel tanks all over the site for the different contractors. In the past, keeping track of what they burned was a nightmare, but keeping track of fuel usage with this system is a dream come true. They know what each piece of equipment has burned and when so there’s no questions, no disagreements.”

Much like the trucks and other heavy equipment in use at the mine, reliability is paramount for the new fuel-management system. To help protect it from the elements, P.D. McLaren constructed a phone booth-type structure around the C/OPT pedestal.

“It’s working like a charm. Even in those extreme conditions the system has been running absolutely flawlessly,” said Hayman. “The iSite console and the FSC3000 are in a trailer that’s run off a generator, and we set up the wireless link with two static IPs, one for the iSite and one for the FSC3000, so that the card file can be manipulated from the maintenance center with emails going to the command center in Vancouver and to the individual suppliers. Now, they have checks and balances on the tankers when they come in to deliver the fuel.”

“As far as the system goes, it’s very, very good,” said Cardno. “It’s just a world apart from what it was before. The system can even tell you how many kilometers per gallon the truck is getting, so if they’re idling you can know for how long and how much fuel is being used. We really tested the market before undertaking this project and the OPW-FMS system Terry and P.D. McLaren recommended was the best system, by far.”

Manufactured in Australia and in use since 1997, WMM says its Hydrau-Flo fuel filling valves are used globally by many of the biggest names in mining. The patented system is based on a proven mechanical principle: spring-opposed hydraulic pressure that delivers a clean, fast and safe solution to sites that routinely transfer liquids as part of their operation.

According to WMM, Hydrau-Flo valves provide fast refueling times, delivering up to 1,000 liters per minute into alloy, plastic or steel fuel tanks; where an operation is already using fast-fill, the Hydrau-Flo system will maintain tank integrity by ensuring that the tank is not pressurized during or following the refueling process.

All of these improvements have been achieved without the need for electronics or complex arrangements prone to blockage and failure, said WMM. The Hydrau-Flo valve system incorporates robust fuel filler safety and float control valves that provide a reliable, hydraulically operated arrangement that depends on fluid levels as opposed to pressure.

A key benefit of Hydrau-Flo valves is that operator safety is vastly improved, as traditional fueling methods and their associated risks are eliminated. The use of spring-opposed hydraulic pressure prevents overfilling and relieves the operator from manually activating the fuel shutoff each time a tank is filled. That means it becomes impossible for employees to induce a fuel spill by ‘topping off’ the tank. WMM claims this zero-pressure, zero-spill system for fast filling provides operations with best practice for asset utilization, operator safety and environmental outcomes.

The Hydrau-Flo valve system can be fitted to new or existing assets requiring a better system for delivery of diesel fuel; and can be used on any mobile or stationary asset requiring delivery of coolant, diesel fuel or water, where mechanical overfill protection is required or fuel anti-surge or rollover protection is needed. A double check arrangement, when used with the receiver, enables Hydrau-Flo valve technology to provide a major benefit to customers operating in markets where fuel theft is common.

With no sensitive electronics, the Hydrau-Flo fueling system includes only a small number of moving parts and is claimed to be one of the simplest systems on the market today. It is highly configurable and operates efficiently in extreme cold (tested up to -65°C). 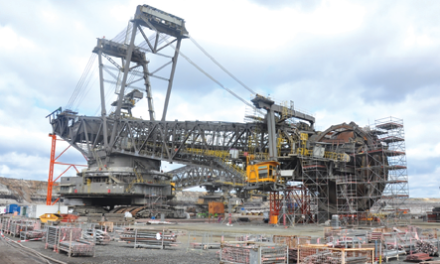 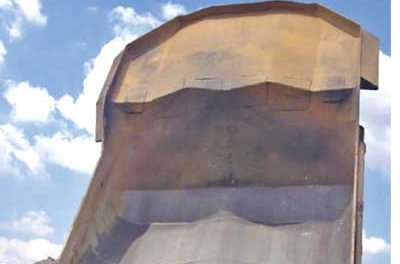 Safer Flights for the Mining Industry