With the U.S. Environmental Protection Agency’s (EPA) Tier 4 Interim and European Stage IIIA off-highway emissions regulations approaching in January 2011, much of the mining industry’s focus will be on diesel engine design and performance related to mobile applications such as haul trucks, loaders, bulldozers and similar tracked or wheeled equipment. However, the emissions standards also apply to stationary applications such as diesel-powered generator sets, of which there are thousands scattered around the world at various mine and construction sites. Many of the engine-design considerations that must be solved in the ramp-up to meet the upcoming emissions regulations apply to both mobile and stationary usage—including the need to maintain a similar physical footprint when a customer finds it necessary to upgrade their gen-set power units.

Among them, Cummins Power Genera-
tion says its Tier 4 Interim and European Stage IIIA off-highway emissions regulations solution is driven by the need to deliver a cost-effective solution with improved fuel efficiency across the range for Original Equipment Manufacturers (OEMs) and, ultimately, operators. Generator sets require a reengineering process to satisfy new standards, which involves the removal of the existing engine from the generator set and replacement with a compliant engine.

Cummins said it achieved Tier 4 Interim emissions levels by developing engine combustion technology to work with the after-treatment filter in reducing PM emissions levels by 90%. The use of cooled exhaust gas recirculation (EGR) enables the required 45% reduction in NOx to be achieved.

Engine enhancements also include the use of Cummins Variable Geometry Turbochargers (VG Turbo), advanced electronic controls and high pressure common rail fuel systems. Common Tier 4 subsystem architecture will extend across the compliant portfolio. Because minimizing installation complexity is a key focus of the Cummins Tier 4 development program, the company now offers the CoolPac cooling option, which includes a radiator, air cleaner and Particulate Filter Exhaust after-treatment. A choice of 1.3- to 78-liter engines with advanced engine controls that allow for consistent interfaces across the range is available with the Coolpac option. The systems are preassembled to include air cleaner kits and, in units up to 220 kVA, fitted radiators. In units over 220 kVA,  radiator kits are provided for chassis mounting.

For its gen-set engines used in prime power applications, John Deere will start with its PowerTech Plus Tier 3 engine platform, which includes EGR for NOx control, and add an exhaust filter for reducing particulates. Displacements in the 130-kW (174-hp) and above power class include the 6.8, 9 and 13.5-liter in-line, six-cylinder engines. For Interim Tier 4, the 4-valve cylinder head, high-pressure fuel system, cooled EGR, turbocharger, air-to-air aftercooling systems and engine control unit will be updated but will be similar to Tier 3 configurations.

Over and Above High-flow Performance 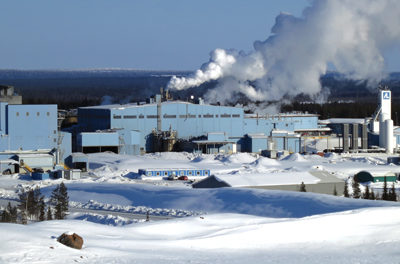