Owned and operated by BHP Billiton, Olympic Dam is Australia’s largest underground mine with more than 450 km (279 miles) of underground development. The mine produces 10 million metric tons (mt) of ore per year containing copper, uranium and traces of gold and silver, using sublevel open-stope methods.

Boart Longyear has been working at Olympic Dam as part of a long-term agreement with BHP Billiton. As the operation continues to grow, better productivity and safety is demanded for exploitation of newly defined ore zones. Boart Longyear said it answered this need by developing drilling technologies and methods for improved diamond core drilling.

For example, its earlier introduction of rig rod-handlers reduced drilling crew exposure to injuries resulting from the manual handling of rods. Boart Longyear also participated in a study involving rig moves, which resulted in an 11% improvement in move time. More recently, Boart Longyear developed and implemented its Drill Control Interface (DCi) to increase the efficiency, productivity and safety of the LM series of underground diamond core drill rigs.

Boart Longyear provides diamond core drilling services at the Olympic Dam mine site, and currently runs five LM75 diamond core rigs that total more than 55,000 m of coring a year. Diamond drilling is used to extract rock samples for analysis of the Olympic Dam orebody geometry and to collect geochemical information, which will be used to create block models for planning and extraction of future resources.

Boart Longyear said it introduced DCi to not only increase productivity, but to also enhance safety for the drilling contractors.

Over a six-month period (May–October 2013) Boart Longyear used an LM75 drill rig with DCi to drill a total of 5,726.3 m using BQTK-size diamond core bits. This was an increase of 907.7 m drilled over the previous six-month average, which resulted in a unit cost improvement of $2.90/m average and monthly productivity increase of 13.5%.

While drilling holes up to 700 m deep on site, DCi allowed Boart Longyear to continue drilling during crib breaks and shift change over—made possible because DCi incorporates a programmable logic control (PLC) system that enables a supervisor to pre-set parameters for drilling. These parameters create a semi-autonomous drill system allowing the LM75 to achieve a 3-m run while unattended. The PLC provides one-button activation for unattended drilling.

A supervisor can set drilling parameters for inexperienced operators and an auto shutdown will occur when a drill run ends or programmed parameters are exceeded. A laser proximity sensor will shut down the rig when a boundary is breached, keeping drillers at a safe distance at all times.

A fully electronic user interface means DCi has a lighter and more portable control cabinet compared with hydraulic controls. The DCi PLC system, according to the company, results in fewer hoses and less leaks and clutter around the drill. The 50-kg (110-lb) weight difference and the reduced number of components allows drillers to move the unit easier and faster. There are only three plugs to disconnect from the DCi and no hydraulic hoses.

By drilling within pre-set parameters set by a supervisor, the LM75 can achieve greater equipment life and greater productivity from inexperienced drillers. Also, an auto rod feed and pull system results in less manual handling and a hands-free wireline descent.

DCi incorporates CANBUS technology for self-monitoring and efficient operation; error messages are displayed on-screen to provide assistance with any troubleshooting. It provides real-time key performance data, which is recorded, stored and easily downloaded for quick analysis. This current information allows a driller to make adjustments to the drill rig, increasing productivity on the go. Because the DCi provides significant instrumentation data, a system diagnostic can be run to determine rig and operator performance, and can detect early equipment failure.

“The DCi is a substantial step for increasing safety on-site by moving the driller away from moving parts and hydraulic hoses,” said Robin Maxfield, Boart Longyear global product manager. “Also, less-experienced drillers can be more productive right away because an experienced supervisor can input parameters using the DCi that guide the drilling setup.”

Boart Longyear’s LM75 and LM90 rigs are compatible with the DCi system, and existing LM drill rigs can be retrofitted. When using a pulse width modulation (PWM) rod handler, the DCi can control both the rig and the rod handler via an integrated control panel.

The DCi also features one-touch rod feed and pull functionality, allowing the operator to efficiently trip rods. A wireline drum counter has been incorporated into the DCi for semi-automatic descent and retrieval of the wireline. 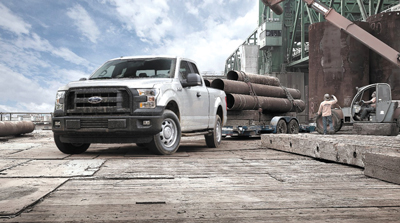 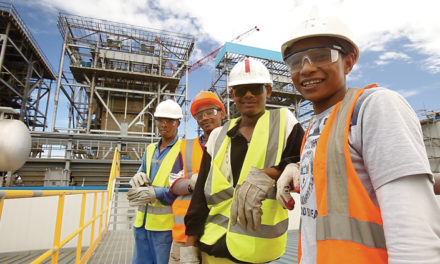