Exyn’s A3R robots provide a single system with navigation and mapping capabilities to enable safe deployment without the need of an operator. A Canadian junior recently used the robots — in both drone- and vehicle-mounted configurations — to produce a detailed map of inactive, inaccessible areas of a Finnish underground gold mine.

Rupert Resources needed to plan for a potential restart of operations by estimating tonnage previously removed from the mine and calculating the remaining ore in heavily restricted areas. One Exyn drone mapped 30 stopes in three days. In addition, Exyn mounted a version of its robot to a vehicle to scan all access drifts, which, together with the stope maps, provided a complete mine map in under four days.

“Rupert is actively seeking new technologies where we think big gains can be made in terms of safety, productivity and accuracy,” Rupert Finland Managing Director Jukka Nieminen said. “Exyn achieved accurate assessment of the volume of remaining stopes at Pahtavaara with an unprecedented level of detail, and obviously the use of remote technologies means that this was achieved with a greatly reduced degree of risk. We have no hesitation in recommending this technology.”

Exyn’s autonomous drones are built on the exynAI platform (see Over, Under, Sideways, Down, pp. 66-71, E&MJ, December 2019) enabling aerial robots to fly intelligently without a human pilot, using a multitude of high-tech sensors and AI-based software. The system operates without the need for GPS or external communications and is deployed as an all-in-one software and hardware package. 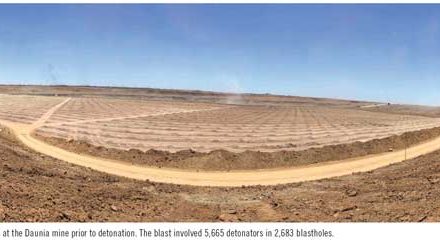