The uranium spot price could be in for some big moves, according to Uranium Investing News, following major accidents at Rio Tinto’s Rössing mine in Namibia and BHP Billiton’s Olympic Dam in Australia. Rössing and Olympic Dam are two of the largest uranium mines, accounting for 8% of the global uranium supply in 2014. Production stoppages could impact supply. The uranium spot price is currently $38.25/lb of U3O8.

On February 12, a fire broke out at the final product recovery (FPR) plant at Rössing. No employees were injured and no uranium was spilled as a result of the accident. Rio Tinto said operations at Rössing will carry on; however, due to the damage at the FPR, when the company will be able to ship its final product is still unknown. Rössing produces about 3 million lb of U3O8 per year, which amounts to roughly 2% of global supply.

BHP Billiton’s Olympic Dam mine contributes roughly 6% of global uranium supply. An electrical fault reportedly damaged an important piece of mill equipment at Svedala, the largest of the site’s three mills. As a result, the mill will be out of commission for six months. According to the company, production from Olympic Dam could be down by as much as one-third in 2015.

Of the two incidents, Olympic Dam is by far more significant not only because it’s a bigger mine, according to Uranium Investing News, but also because the company sells the majority of its material on the spot market. Rio Tinto had already reduced output, delivering only on high-priced contracts. However, depending on how long Rössing is down, the company may now have to buy on the spot market to ensure it can make those deliveries. Some analysts believe supply disruptions from two of the world’s largest uranium mines could cause uranium spot price to increase to as much as $40/lb of U3O8, if not higher. That’s welcomed news for uranium miners.

Speaking at the 2015 AME BC Mineral Exploration Roundup, Raymond James analyst David Sadowski explained that in 2015 the market will see the biggest jump in terms of nuclear power, with 10 to 12 gigawatts of new power hitting the grid. Along with that, China is slated to announce more nuclear builds and to make plans to enter the export market. India also has the potential to be a key player in the uranium space, as it is currently second in the world for prospective new reactors. Sadowski expects more trade agreements, and perhaps construction announcements, in the coming year.

However, of all the activity in the market, there are three key events that market watchers should be aware of, the first being purchases made by Uranium Participation, the only physically backed uranium fund. “It’s already a tight market, [and] having Uranium Participation out there buying will tighten it further’” Sadowski said. “They’ve just got a $200 million shelf they’ve filed for, so they’ve got some bullets in the chamber, and if they act on that, they can buy 4 to 5 million lb of uranium at the spot price, and that’s very significant.”

The second is the case of Coverdyne, a U.S. conversion company, against the U.S. Department of Energy (DOE). The firm is suing the DOE on the grounds that it is illegal to dump uranium supply into the market, creating a secondary supply source. Sadowski noted that if Coverdyne is successful in its suit, the uranium market will be even further tightened due to less supply being up for grabs.

Finally, the analyst pointed to Energy Fuels’ recent acquisition of Uranerz Energy. This transaction, the analyst noted, is likely to create a new wave of consolidation in the sector.

For the latest business information on uranium, visit http://uraniuminvestingnews.com. 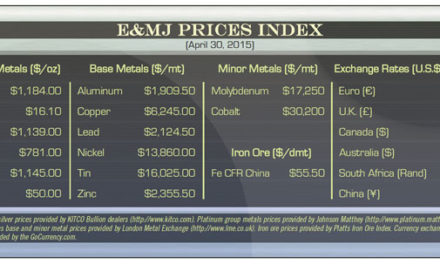 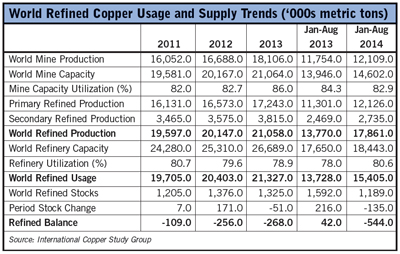 Lead Market to Remain in Deficit 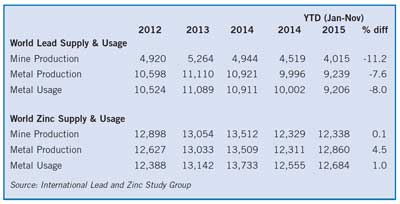