Solid investment demand pushed the price of silver up as much as 20% from January to mid-March, outperforming other precious metals during the same timeframe. Last year, silver prices shot up 57% between January and April, but finished the year down almost 10%. Silver prices at the beginning of the year stood at roughly $29/oz. More recently, however, silver prices have declined a little more than 6% from a March high of about $35.25/oz to $33/oz at the beginning of April.

Investors are increasingly acquiring silver in many forms, according to the Silver Institute. Globally, silver-based exchange-traded funds (ETFs) accounted for 586 million oz of silver, up from 576 million oz at the end of 2011. Demand for physical silver bars is also strong.

Investor demand on the Commodity Mercantile Exchange (Comex) has been strong this year, according to the Silver Institute. As of February 28, net long silver positions, which are the difference between total long positions and total short positions, had increased by more than two-fold from end-2011. If investors are net long they are bullish on prices and expect further price strength. Total net long positions February 28 were at their highest level since September 13, 2011.

Higher collateral requirements are keeping speculators (and price volatility) at bay, according to the Wall St. Journal. The initial margin paid on benchmarck Comex 5,000-oz silver futures is $21,600, which equates to 13% notional value of a contract compared to gold, which is $10,125, or 6%.

Also contributing to a strong silver price over the course of this year will be strengthening global silver industrial demand after a record 2011. According to The Future of Silver Industrial Demand, a report commissioned by the Silver Institute (www.silverinstitute.org) and released last March, silver industrial demand is forecast to grow by 36% to more than 665 million oz from 2010 through 2015. Silver industrial demand remains positive primarily because of the lack of substitution and the wide range of established and ever-growing new uses of silver that are vital to industry. 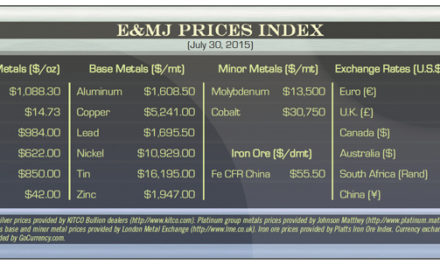