The sanctions imposed against gold exports are expected to have a devastating impact on Russian gold miners. The U.S. Treasury on June 28 announced that the United States — along with three G-7 members (the U.K., Canada and Japan) — would ban imports of new Russian gold. The European Union is also set to target Russian gold exports in an update to its sanctions packages, which were slated to be passed by the end of July.

The Russian gold industry has already felt the first bites of sanctions. One of the country’s largest gold producers, Petropavlovsk plc, asked for its shares to be suspended from the London Stock Exchange on July 12 and filed for bankruptcy. Petropavlovsk was unable to sell gold or refinance debt due to Western sanctions.

Russia’s gold exports ground to a halt in March-April of 2022, as the country sold only 100 kg to foreign customers, compared to 27.5 mt in January-February of 2022, according to official government statistics.

Russian gold miners have already voiced concerns over a wave of bankruptcies in the industry. The Association of Subsoil Users of the Magadan Region, Russia’s leading gold-mining region, said in a statement filed with the Russian government on June 21 that small- and medium-sized gold miners saw their operations jeopardized due to sanctions.

In the eastern regions of Russia, this could cause a drop in gold production by 40% or 120 mt and a loss of 40,000 jobs in the industry, the Magadan association estimated.

Commissioning of new gold mines is likely to be delayed or even abandoned, as the current economic situation doesn’t favor new investments, said a source in the Russian mining industry, citing high production costs, low prices, and an absence of foreign equipment. Moreover, there are strong concerns that Western sanctions, including those affecting gold miners, could be further strengthened if the political situation deteriorates further, the source added.

By 2030, Russia planned to raise gold production to 400 mt per year, launching new mines in Siberia, including at one of the world’s largest deposits Sukhoi Log in 2027.

Currently, Russian gold miners can sell gold only to the Russian Central Bank, which offers a price 15% lower than the global average.

Sergey Kashuba, chairman of the Russian Union of Gold Producers, called on the authorities to buy gold at world prices and to purchase the entire volume that would remain after meeting the domestic demand of the jewelry industry.

“It would be better for the sovereign’s treasury to grow now than to diverge [Russian gold] around the world with discounts,” Kashuba said.

On July 11, the Russian Union of miners said that gold mining in the country is likely to become loss-making without sufficient liquidity.

Oksana Lukicheva, an analyst of the Moscow-based think tank Otkritie said that, in terms of exports, Russian gold miners have an option of remelting gold in Kazakhstan or the UAE. Lukicheva, however, estimated that the remelting scheme would involve discounts even bigger than those set by the Russian Central Bank, ranging between 20% and 25%.

“It will be more profitable to sell gold on the domestic market if the Bank of Russia does not raise the discount further,” Lukicheva added.

Some will survive. Russia’s largest gold mining companies, Polyus and Polymetal, are expected to weather the storm, as their profitability before the current crisis ranged between 40% and 60%, meaning “their business had a solid margin of safety,” said Yulia Melnikova, an analyst at Moscow-based consultancy Alfa Capital Management Co. 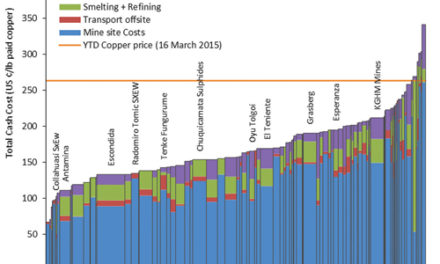