The Gold Miners Roundup (see p. 66) documented the yellow metal’s stellar performance in 2020, where prices appreciated 27%, briefly reaching an all-time high in early August. Since the beginning of this year, gold prices lost momentum until May. According to Refinitiv Metals Research, gold averaged $1,794/oz in the first quarter, down 4% from the previous three months, but still 13% above the level seen over the same period last year. Refinitiv also reported that gold demand from the jewelry sector — the worst hit segment by the pandemic last year — rebounded by 45% in the first quarter of 2021 to a total of 459 mt. The recovery was largely driven by strong gains in key Asian markets, including China and India.

Iron ore prices finished May above $200/mt. While that’s a statement in itself, it does not reflect the wild ride iron ore prices experienced during May. Fastmarkets reported that its 62% Fe iron ore fines index experienced its most volatile week on record with its biggest-ever daily gain of $18.31/mt on Monday, May 10. A new high-water mark of $237.57/mt was achieved on Wednesday, May 14. The index then plummeted on Friday, May 16 with a record daily loss of $28.78/mt. Even with all of this volatility, the index remains comfortably above its previous 2011 highs, as physical tightness dominates the market, Fastmarkets reported.

“Firstly, expanded quality differentials signal consumers’ willingness to pay up to raise productivity,” Hannah said. “The premium the 65% Fe Fines Index commands over the 62% Fe hit a record level too in recent weeks and is a key bellwether of steel mills’ profit motive.

“Secondly, higher prices for low-impurity brands bought and sold at Chinese ports compared with their seaborne traded levels (more than $50/mt for Vale’s Brazilian Blend) have reflected a strong appetite for immediate consumption of the most desired chemistries,” Hannah said. “You would not expect to see this if speculation were the main driver of the rally.”

The major iron ore producers have tailored their supply plans based on anticipations of Chinese crude steel production reaching 1 billion mt/y by 2025, Hannah explained. Not only was that level exceeded a full five years sooner in 2020, but various production issues meant that iron ore supply also undershot projections.

“At the same time, following its first economic contraction in decades in Q1 2020 due to the coronavirus, Beijing responded with stimulus measures that saw steel demand from the construction, infrastructure and consumer goods sectors hit previously unexpected levels,” Hannah said. Despite China’s mills producing at record rates, steel prices began climbing from around the third quarter. By May, domestic prices for billet, rebar and HRC were all posting record highs, and steelmakers were enjoying their greatest profit margins since the supply-side reform peaks of 2018.

Gold Slips Against a Strong Dollar in August

Gold Pulls Back, Base Metals Maintain 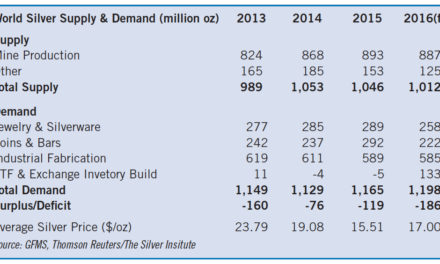