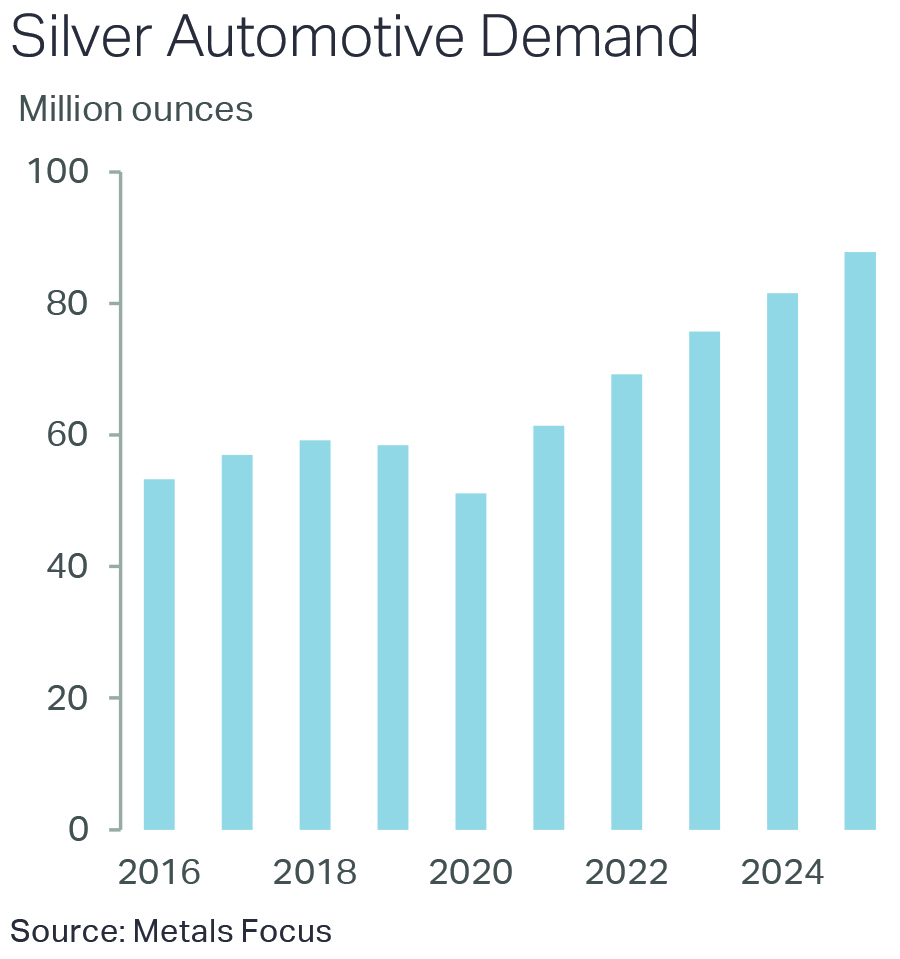 Automakers today are increasingly relying on silver to enable the vast technological advances incorporated into modern vehicles. This has generated another major demand center for silver, with projections of nearly 90 million ounces (oz) consumed annually in the automotive industry by 2025. Notably, by that time, this will rival silver consumption in the photovoltaic industry, forecast to be 98 million oz this year, and currently the largest application of global industrial silver demand. This year’s automotive demand for silver is projected to be 61 million oz.

To provide a better understanding of silver’s important function in the automotive sector, the Silver Institute, as part of its series of Market Trend Reports, released “Silver’s Growing Role in the Automotive Industry,” produced on its behalf by Metals Focus, a leading independent precious metals consultancy. The report examines trends in automotive production, including the evolution of hybrid and battery electric vehicles. It also addresses transportation policies that favor vehicle electrification in some of the world’s most important vehicle markets. The report provides an analysis of silver automotive demand in a range of vehicles and the growing importance to silver demand of ancillary automotive services.

Silver’s widespread use in automobiles reflects its superior electrical properties, as well as its excellent oxide resistance and durability under harsh operating environments. It is used extensively in vehicle electrical-control units that manage a wide range of functions in the engine and main cabin. These functions include, among others, infotainment systems, navigation systems, electric power steering, and vital safety features, such as airbag deployment systems, automatic braking, security and driver alertness systems.

The average vehicle silver loadings, which are currently estimated at 15 grams (g) to 28 g for internal combustion engine (ICE) light vehicle, have been rising over the past few decades. In hybrid vehicles, silver use is higher at around 18 g to 34 g per light vehicle, while battery electric vehicles (BEVs) are believed to consume in the range of 25 g to 50 g of silver per vehicle. The move to autonomous driving should lead to a dramatic escalation of vehicle complexity, requiring even more silver consumption. Ancillary services that require silver are also increasing, including charging stations and charging points for electric vehicles.

The report concludes with an assessment of current and forecast silver demand in automobiles through 2025. The report stated that each stage of the transition, from ICE to hybrid vehicles to BEVs and eventually to autonomous driving, will be a net positive for silver demand.

The report is available at www.silverinstitute.org. 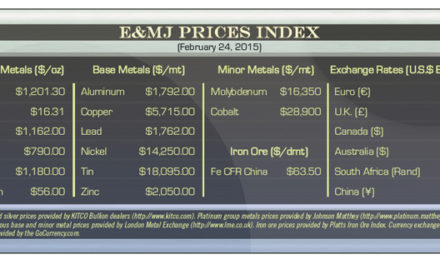