In May, De Beers reported sales of just $35 million, compared to the $416 million it sold the same time last year. Worldwide, the five biggest mining companies are probably sitting on excess inventories worth about $3.5 billion, according to analytics firm Gemdex. This could reach $4.5 billion of unsold stock by the end of the year, or about one-third of annual rough-diamond production.

With retailers now reopening, dealers in trading centers such as Dubai, Antwerp and Mumbai are once again looking for stock. “The diamond supply chain has been gradually opening back up in recent weeks,” said Paul Zimnisky, an independent diamond industry analyst based in New York. “But the industry was pretty much closed from March through May.”

The industry was already struggling with oversupply before COVID-19 hit, Zimnisky said. “It’s my opinion that the diamond industry has been dealing with an oversupplied market since production hit a multiyear high in 2017 and as the midstream segment de-levered inventory over the last couple of years,” he said.

Due to the saturated market, production had trended down over the past two years, and would continue to do so, Zimnisky said. For instance, the prolific Argyle mine in Australia is set to close this year, removing a substantial source of world diamond supply. Rio Tinto’s Argyle mine has been something of a headache for the industry, as a major source of gems of varying quality. Now, it’s reached the end of its life to the relief of many in the industry.

In the short term, producers will look to the reopening of stores, especially in China. Zimnisky said early reports suggest Chinese buyers are returning to the market.

An illustration of this is LVMH, the world’s largest luxury conglomerate, which said it is seeing significant improvement in sales growth in mainland China since stores reopened, adding that sales figures became positive in mid-March and have continued into April, and in some cases, sales growth has been more than 50% year-over-year. “Tiffany & Co. showed similarly impressive results out of China in April and May,” Zimnisky added.

For diamond producing countries, this is welcomed news. Namibia, for instance, derives 10% of its GDP from diamonds, in a joint venture with De Beers — Namdeb. The latter operates the world’s largest fleet of undersea mining vessels, representing a significant investment from both De Beers and the Namibian taxpayer.

Lesotho, Angola and South Africa are also significant diamond producers. In Zimbabwe, stones from the vast Marange field are one of its largest sources of foreign exchange.

Angola said it would open its own diamond exchange, and a local hub for traders. Peter Meeus, a doyen of diamond dealing with roots in Antwerp and who helped develop the Dubai Diamond Exchange into a significant global player, will head the project.

“The wide range of services and infrastructure that the government of Angola plans to develop and offer to support the diamond trade will see completion over the next two years,” Mining Minister Diamantino Pedro Azevedo said in a statement. “Angola’s success in developing the industry has been evident over the past few years.”

Some even predict the diamond industry will lead other resource sectors in returning to full business. James Campbell, CEO of junior explorer Botswana Diamonds, said consumers would quickly return to the stores as economies reopened.

Rather, he said, the long-term threat to diamond extraction wasn’t the pandemic, but lack of exploration. Right now, Campbell’s firm is one of just two explorers operating in Botswana, a country whose diamond reserves are predicted to run out within a generation.

Lack of tax breaks and other incentives, such as those offered by Australia and Canada, left the southern Africa region unattractive to explorers. Typically, exploration involved burning up to $10 million a year, until a suitable deposit was discovered. For investors, this was a high risk, high reward venture and incentives were needed to draw in capital. 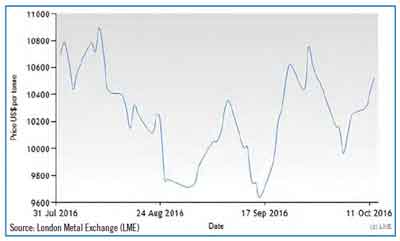