The big story during August involved base metals, which all posted gains of 2% or more. Copper and iron ore posted noteworthy gains. Iron ore prices rose an additional $7.17 per dry metric ton (dmt) to $126.06/dmt, a new six-year high. The spot copper price on the London Metal Exchange (LME) closed at $6,788.50/mt (or $3.09/lb) on September 1, which was a two-year high. The three-month forward price on the LME for copper briefly reached $6,830 /mt (or $3.10/lb) before pulling back. For copper miners, an extended period of more than $3/lb would let them make the investments they need to sustain long-term supply lines.

Why would metal price move so high when the world economy is still sputtering? Part of the answer lies with the U.S. Federal Reserve’s recent announcement regarding a more aggressive monetary policy, which weakened the dollar. A weakening dollar gave metal markets a boost by making commodities more affordable for companies based outside the U.S., such as Chinese steel mills and smelters. Some recent data reported by the Wall Street Journal indicated that the activity in the Chinese manufacturing sector last month grew at its fastest pace in a decade.
Another factor supporting the higher prices is the timing of COVID-19 recoveries by region. China idled its steel mills and smelters early while the mines were still in operation. When the Chinese brought these activities back online, the mines in Chile (copper), Peru (copper) and Brazil (iron ore) were taken offline as the virus spread around the globe. The Chinese mills consumed their stocks while imports slowed and they are now trying to replenish those stocks. The mines in Chile and Peru have restarted and they are ramping up production, but many of the mines in Brazil are still coping with COVID-19 contagion. 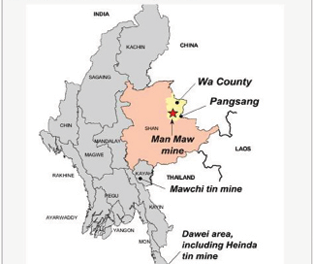 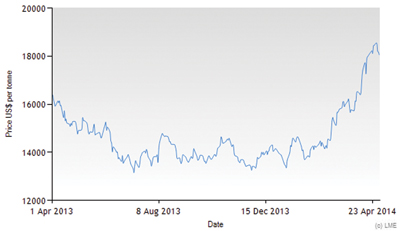