With the help of a Canadian court Gold Reserve was able to fend off a hostile takeover from Rusoro Mining during February. Gold Reserve is a Canadian mining company, which holds the rights to the Brisas gold/copper project in Venezuela (10 million oz of gold and 1.4 billion lb of copper). Rusoro is also a Canadian mining company with a large land position in Venezuela. It operates the Choco 10 and Isidora mines, processing the ore through the Choco 10 mill facility.

It is controlled by Vladimir Agapov and his son, Andre Agapov–Russian mining entrepreneurs who have close ties with the Venezuelan government. The name of the company, one would assume, is derived from the combined use of Russia and oro, the Spanish word for gold.

During December, Rusoro launched a $108 million takeover bid for Gold Reserve and the two companies were sparring in the courts until a Canadian Judge granted an injunction because of apparent conflicts of interest and confidentiality violations by a financial advisor, Endeavour Financial. A Grand Cayman incorporated company, Endeavour advised both mining companies at one point in time. The judge banned Endeavour from having any role in a future hostile takeover bid for Gold Reserve. The company served as Gold Reserve’s advisor for more than four years, from October 2004 until seven minutes after Rusoro announced its hostile takeover bid, earning $1.2 million in fees, according to Canadian law firm Fasken Martineau, which represented Gold Reserve in the Feb. 18 decision in the Ontario Superior Court of Justice. After the Court’s decision, Rusoro withdrew its hostile offer.

There are some lessons to be learned from the court decision. Even though Rusoro claims that Endeavour passed no confidential information to them, the situation looked bad. In his ruling, the judge said that Endeavour was knowingly acting against the interests of Gold Reserve in a material way and Rusoro, in effect, bought the assurance and advantage of using Gold Reserve’s trusted financial adviser, and its possession of relevant confidential information, in substitution for its own due diligence. According to Fasken Martineau, companies involved in hostile takeovers must be carefully attuned to potential conflicts. That is at the heart of the Court’s decision.

There’s a much bigger lesson to be learned about doing business in a country governed by a populist regime on a mission to nationalize natural resources. During the second quarter f 2008, the Venezuelan government began taking actions that, at the time, could best be described as confusing regarding gold mining permits (See E&MJ July/August 2008, p. 4). Gold Reserve and Crystallex International, which has the 17-million-oz Las Cristinas gold development project bordering Brisas, have been trying to work with the Venezuelan government. Seeing the writing on the wall, Hecla Mining, which was Venezuela’s largest gold miner, sold the Isidora mine and La Camorra mill to Rusoro. Rusoro had experience in the region. It had acquired the Choco 10 mine from Gold Fields in December 2007. During July 2008, Rusoro announced that it and the Venezuelan government had established a 50:50 “mixed enterprise” to develop the Hecla assets.

Venezuelan President Hugo Chavez recently won re-election and he is not going anywhere until at least 2012. He also recently clarified the gold mining agreement as a 50:50 partnership between Rusoro and the government-owned Venezuelan Guayana Corp. gold mining subsidiary, CVG-Minerven.

As to whom the gringos trust more, the Russians or the Venezuelans, it might be a toss up. But, Andre Agapov attributes Rusoro’s success to working hand-in-hand with Venzuelan regulators and maintaining steady, open lines communication. He was recently quoted in the Venezuelan press as saying that the contacts that have been forged between the Venezuelan and Russian governments is more tenable and productive than anything the Canadian mining companies have been able to achieve. In the last year, Rusoro has successfully advanced the permitting process for two new gold mining operations in Venezuela.

Opening a mine in Venezuela is obviously not for the faint of heart. Readers should respect Gold Reserve’s decisions to try to make it work. Add to the mix, a hostile takeover by a competitive company that already has a working relationship with the government and one can easily see why Gold Reserve would celebrate the court’s decision. Even though they thwarted the hostile takeover, one has to wonder: To what end? By all means, readers should not confuse this as an endorsement of a populist dictatorship. As a mining company, Gold Reserve’s true value is not how many ounces it holds in reserves, but their ability to permit and mine the gold deposit. For the time being, it looks as though Gold Reserve won the battle, but Rusoro will get the gold.

Mining Enters a Summer of Discontent 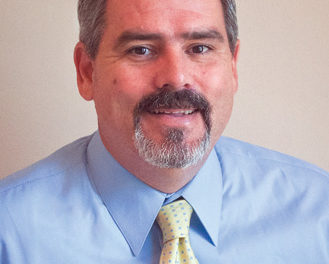