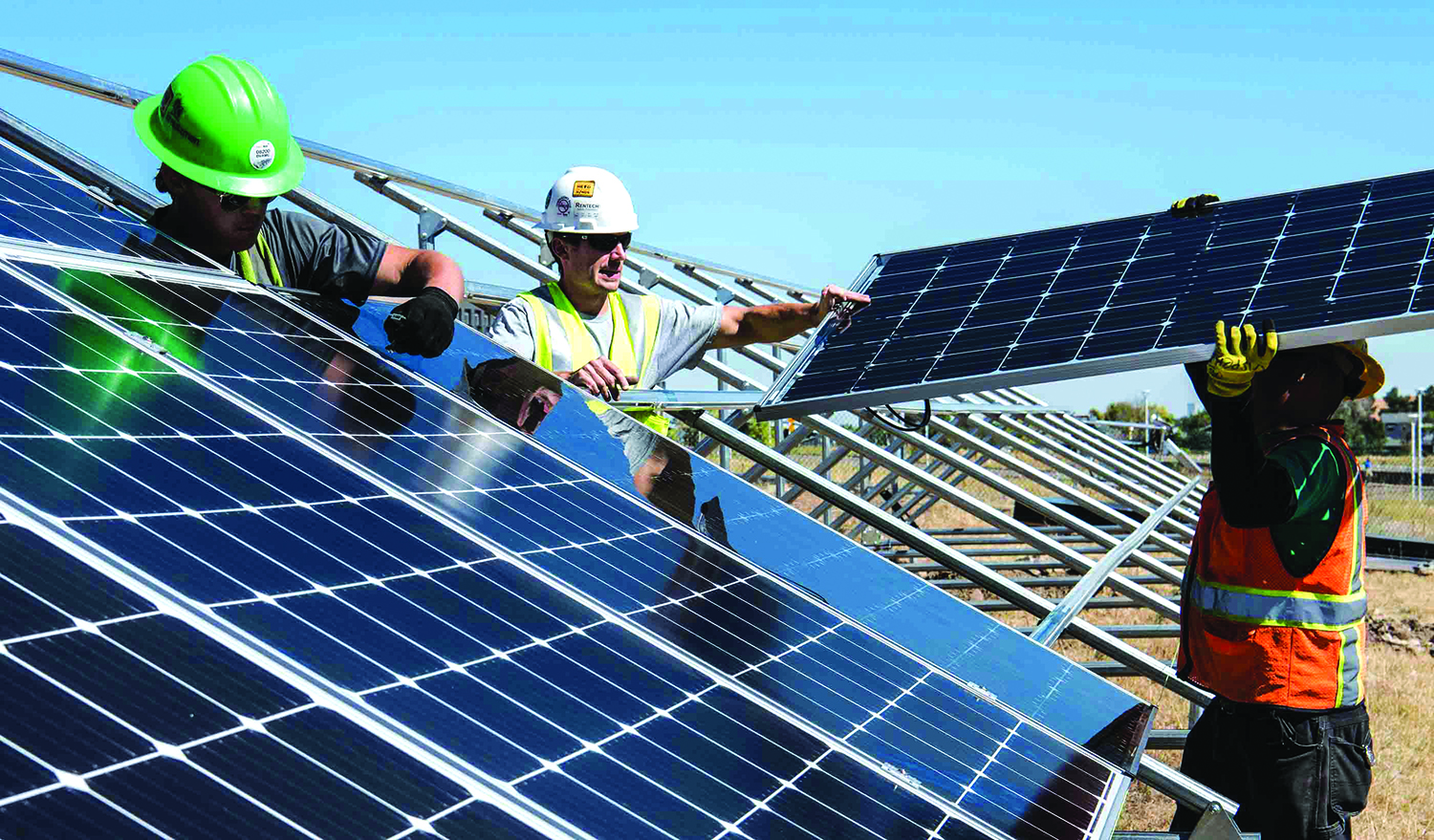 Resolution Copper and Stantec are providing hydropanels (above) that will generate a renewable source of drinking water for the White Mountain Apache Tribe.

Resolution strengthens ties to communities as it awaits permit approvals

The Resolution Copper project is a proposed underground mine 60 miles east of Phoenix, Arizona, near the town of Superior. The project is a joint venture between Rio Tinto (55%) and BHP (45%). The ore deposit, which lies nearly 7,000 ft deep, represents one of the most significant untapped copper deposits, with an estimated copper resource of 1.787 billion metric tons (mt) at an average grade of 1.5% copper. The mine has the potential to supply nearly 25% of U.S. copper demand.

During January 2021, the U.S. Forest Service (USFS) published a Final Environmental Impact Statement (FEIS) for the Resolution Copper Project. The U.S. Department of Agriculture directed the USFS to rescind the FEIS in March 2021 to allow the agency to undertake a further review. During this time, Resolution Copper continued to consult and partner with local communities and Native American tribes to guide further shaping of the Resolution Copper project and the significant benefits it will deliver.

The mine itself will create several thousand direct and indirect jobs, with an economic value of several billion dollars. Resolution said it will also serve as an engine for economic growth, and use best practices to create a safe, sustainable and environmentally friendly operation.

There are still many years of permitting, consultation and studies ahead for Resolution Copper, and they are using the time to continue to deepen dialogue with local stakeholders and Native American tribes. When an investment decision is made, Resolution expects to spend around 10 years building infrastructure to prepare for mining, which will only begin after all permits are obtained.

Resolution Copper and Stantec are partnering with White Mountain Apache community members to provide 64 hydropanels on the Fort Apache Reservation and supporting hydropanel installation programs in other Native American communities.

White Mountain Apache Tribe District II Councilman Jerold Altaha said: “Water is valuable; it’s the life force of humanity. Thanks to this wonderful opportunity with Resolution Copper, our community of Carrizo will have access to safe, clean drinking water. Due to high levels of manganese in the main water wells, our community has had to depend on portable water tanks as a means to obtain drinking/cooking water for years. The hydropanels will now enable us to draw water from the air, which will provide up to 10 liters of water or about 20 16-ounce bottles a day, at no cost to the family. We are grateful for these opportunities, which continue to make a difference in everyday life for our people and community.”

Stantec Water Business Operating Unit Leader John Take said, “We are proud to be a part of this effort to provide safe, reliable drinking water to the Native American communities in eastern Arizona. Innovative and renewable methods such as the hydropanel technology are playing an increased role in helping solve these complex problems in a sustainable manner.”

Hydropanels are a one-of-a-kind renewable water technology that uses the solar energy to provide a safe and consistent supply of drinking water by drawing pure, constantly replenished water vapor out of the sky. The self-contained system converts water molecules in the air into liquid water, which is collected and mineralized in a reservoir inside the panel, creating high-quality drinking water that can be delivered directly to homes, businesses and community distribution centers.

“Water is a fundamental resource, and many members of our neighboring tribes do not have reliable access to safe drinking water,” Resolution Copper Project Director Andrew Lye said. “Projects like the hydropanel deployment will help alleviate some of the burden, and make a difference where it matters most. Resolution Copper continues to look for ways in which we can work in partnership to be part of the solution and support the communities around us.”

So far, Resolution Copper has invested nearly $2.8 million through partnerships and donations to projects with Native American tribes and other communities in the Copper Corridor in 2021. This includes, for instance, partnering with the Northern Arizona University Foundation to support the Indigenous Studies Program and provide 14 scholarships to local students. Resolution Copper also partnered with first responders, community groups and other agencies to aid communities and Native American tribes affected by the Telegraph and Mescal wildfires.

A wheel loader passes by the headframe at Resolution Copper.

A poll commissioned by Resolution Copper and conducted by OH Predictive Insights (OHPI) found that support for a mine in the region, such as the Resolution Copper mining project, is high, especially among those who are aware of copper’s importance in the transition to renewable energies and electric vehicles.

This Arizona Public Opinion Pulse (AZPOP) was conducted during September and surveyed 1,000 Arizonans with a margin of error of ± 3.1%. The AZPOP provides regular updates on the moods, perceptions and opinions of Arizonans on hot topics facing the state.

The survey found that, if a company was attempting to develop a copper mine in eastern Arizona, emphasizing the importance of copper’s role in the transition to renewable energy and electric vehicles would be instrumental in increasing support for the project. The survey found that just 46% of Arizona adults have heard anything about copper’s role in the green energy debate. However, the more a person has heard about copper, the more likely they are to support the opening of an eastern Arizona mine.

Furthermore, after being informed about the degree to which renewable energy sources and electric vehicles rely on copper, 92% of adults in the state believe it is essential to develop new sources of copper — including one-third of adults who consider it “extremely” important to do so.

“Considering that copper is one of Arizona’s famous Five Cs, it could be surprising to some that general awareness of copper’s capabilities and value is limited,” said Mike Noble, OHPI chief of research. “The good news is, once given context, Arizonans concede on the need for unearthing new sources of copper.”

Arizonans have not heard much about the role copper plays in renewable energy. Only 5% of adults in the state have heard “a great deal” about the importance of the metal in this conversation, while more than half (54%) have heard nothing at all. Arizonans with a postgraduate degree (62% of whom have heard at least “a little” about copper’s role), men (52%), and adults under the age of 55 (51%) have heard the most.

Support falls with a lack of knowledge. Support was lower among those who have only heard some (50%), a little (62%), or nothing at all (50%). When attempting to garner support for the opening of a new mine, increasing knowledge around the importance of copper is not a bad place to start. 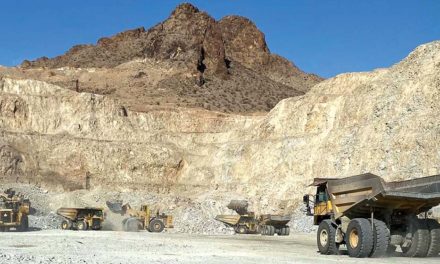 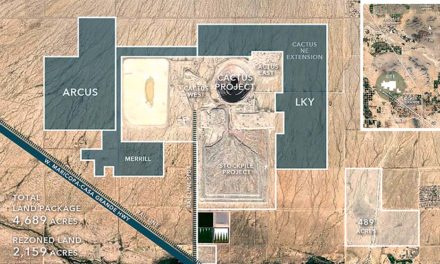 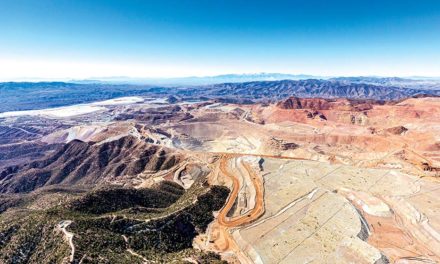 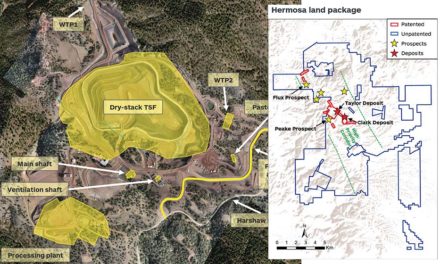