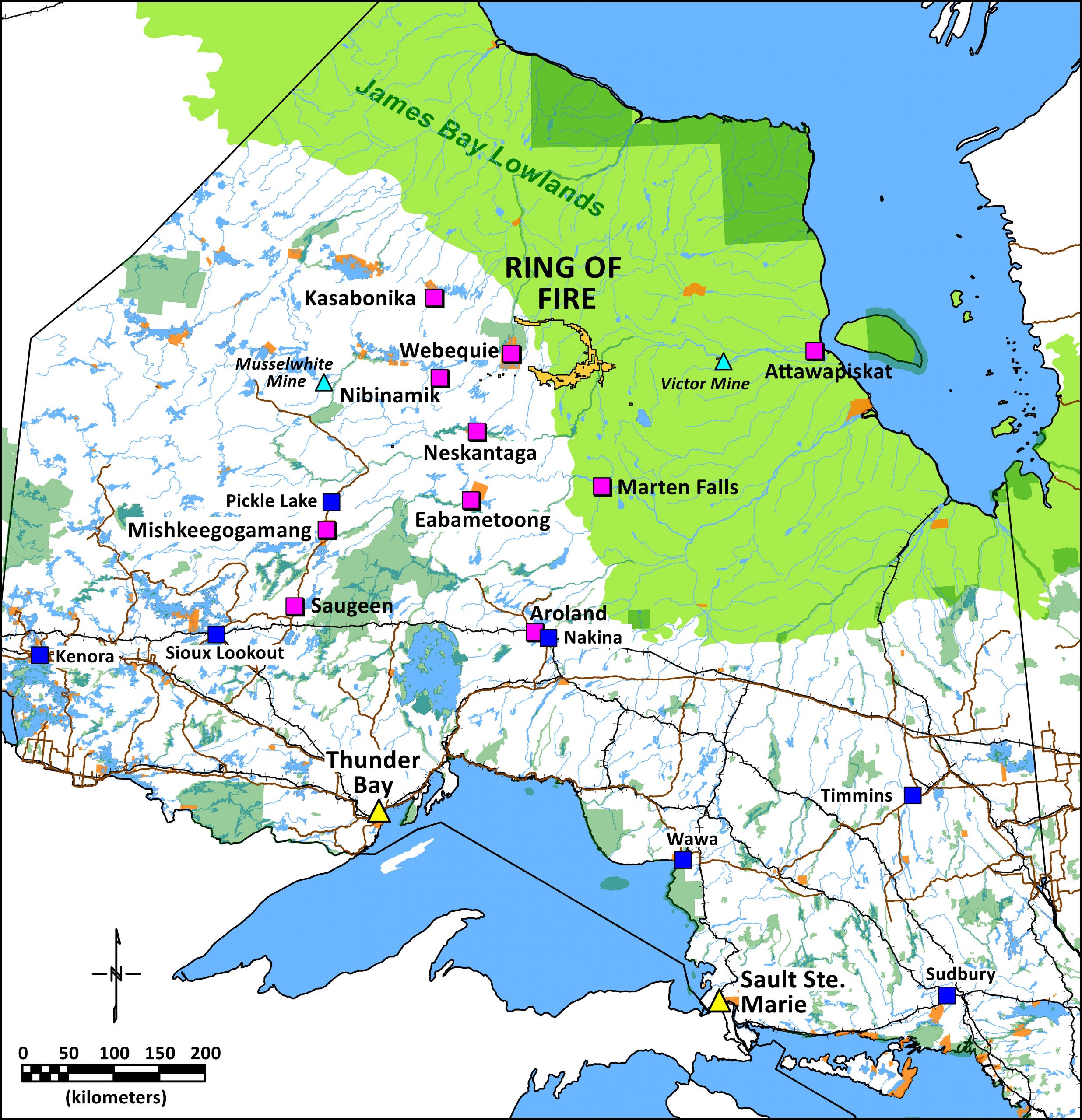 Noront Resources Ltd. has received a formal offer from Wyloo Metals to purchase the company. Wyloo will acquire all of the outstanding common shares of Noront for C$0.70 per share. Noront, which is developing the Eagle’s Nest deposit in the Ring of Fire in Ontario, said it is reviewing the agreement. It already has a previous offer from BHP of C$0.55 per share, made back in July.

BHP has agreed to waive the requirement under the agreement that a confidentiality agreement with Wyloo include a standstill so the company can provide confidential information to Wyloo on a no-standstill basis.

Noront said it views the terms and conditions of its initial confidentiality agreement and of the support agreement with BHP as entirely in line with prevailing market practice.

The lock-up agreements BHP entered into with Noront will automatically terminate if the support agreement is terminated, including if Noront terminates the agreement to accept a superior proposal, according to the company.

Wyloo Metals said its preference would be to conduct confirmatory diligence, rather than subjecting itself to a “gag order,” but it intends to proceed directly to the finalization of transaction documentation.

“As we have shown from day one of this process, Wyloo Metals is fully committed to working quickly and collaboratively to formalize a binding superior proposal for the benefit of Noront shareholders,” Head of Wyloo Metals Luca Giacovazzi said. “However, we cannot allow our proposal to be subject to inappropriate restrictions from the Noront Board, particularly given that our proposal calls for the board’s replacement.”

Wyloo Metals said it is disappointed by Noront’s continued public support of BHP’s per share offer considering Wyloo Metals’ offer is higher. Wyloo Metals requested that Noront directors and officers disclose the full details of any benefits afforded to them by BHP that will not be made available to ordinary shareholders.

Noront said there are no undisclosed agreements, understandings, payments or other incentives for Noront’s directors or officers in connection with the transaction with BHP.

“Wyloo’s assertions that, among other things, the exercise of options and share awards by Noront officers and directors is unusual is simply incorrect,” Noront said. “The acceleration provisions provided in the support agreement for the options and share awards are also customary for a transaction of this nature and are fully disclosed in the support agreement and other public filings relating to the proposed transaction with BHP.”

Wyloo Metals owns approximately 37.5% of Noront’s shares and said it does not intend to support or tender to BHP’s offer. “Without Wyloo Metals’ support, BHP’s takeover bid transaction structure is unlikely to meet the minimum tender condition,” the company said.

However, both Noront and BHP said that is not the case.

“Wyloo’s support is not required in order for BHP’s offer to be successful, and we remain confident in our offer,” BHP Chief Development Officer Johan van Jaarsveld said. “We have the financial strength, world-class mining expertise, and commitment to work in partnership with stakeholders to advance Eagle’s Nest and the Ring of Fire, which has the potential to deliver benefits to local communities, First Nations, and Ontario for years to come.”

Nevsun Agrees to $1.41B Takeover Bid by Zijin Mining