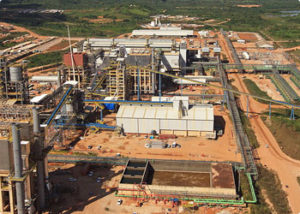 Vale temporarily shuts down operations at the nickel mine in Brazil after local authorities suspended its environmental license. (Photo: Vale)

On Monday, Brazilian miner Vale halted operations at Onça Puma, its largest nickel mine in Brazil, which for years has been accused of polluting the Amazon, after local authorities suspended its environmental license.

The miner, one of the world’s largest iron and nickel producers, said operations were suspended both at the mine and at the processing plant after the Brazilian state of Pará’s Environment Secretariat suspended the license.

Vale had to close the Onça Puma mine in early September 2017 due to allegations of negative impact on the health of the communities near the mine. In June 2019, the company suspended its nickel processing activities at the Onça Puma plant. Subsequently, in September 2019, the Supreme Federal Court decided to suspend the precautionary measures and allowed the resumption of operations at Onça Puma.

The company contacted the Pará regional secretary for the environment to “learn the technical and legal grounds for the decision, as well as to take possible administrative and judicial measures to reverse the order to suspend the operations of the company.”