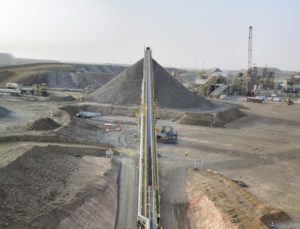 Following a strike notice filed by the staff at Kinross Gold’s Tasiast mine, unionized employees initiated a strike action on Tuesday, May 5 at the operation in Mauritania, West Africa. The company said it disagrees with the basis of the strike notice, but remains open to discussions with the staff delegates to resolve the situation.

Kinross said it has adhered to the collective labor agreement finalized in November 2019 and all applicable labor codes and is disappointed that Tasiast staff delegates have decided to pursue this “opportunistic” course of action during the global pandemic. The company said it has rigorously complied with all government mandates related to COVID-19 and has continued to prioritize the health and well-being of its employees while safely operating the mine and maintaining the significant benefits it provides to the Mauritanian economy.

There have been four short labor actions at Tasiast since Kinross acquired the mine, the last being in 2016. The average length of these actions has been approximately nine days, and none have had a material impact on the company, according to the company.