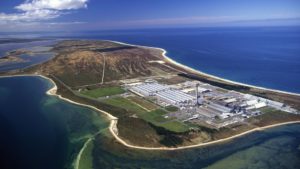 The agreement with Meridian Energy improves Tiwai Point’s competitive position and secures the extension of operation to December 2024. (Photo: NZAS)

Rio Tinto has reached an agreement on a new electricity agreement with Meridian Energy that will allow New Zealand’s Aluminum Smelter (NZAS) to continue operating the Tiwai Point aluminum smelter until December 31, 2024. While discussions with the New Zealand government are progressing to address the smelter’s high transmission costs, a new agreement has been reached with Meridian Energy in relation to power prices, making the smelter economically viable and competitive over the next four years, according to Rio Tinto.

“We are pleased to have reached an agreement with Meridian Energy that will enable the Tiwai Point smelter to continue producing some of the lowest carbon aluminum in the world,” Rio Tinto Aluminum Chief Executive Alf Barrios said. “This agreement improves Tiwai Point’s competitive position and secures the extension of operation to December 2024.”

The agreement will also allow Rio Tinto, the New Zealand government, Meridian and the Southland community more time to plan for the future, he added.

The extension provides time for detailed closure studies to be completed. Plans for eventual closure of the Tiwai Point smelter will include extensive stakeholder consultation, including within the Southland community, Rio Tinto said.

In July 2020, Rio Tinto announced the conclusion of a strategic review of the smelter and a decision to wind down operations by August 2021 due to high energy and transmission costs.

After More Than 2 Years, Strike at Lucky Friday Mine is Over

Rio Tinto Will Invest $749M in Pilbara Iron Ore Mine