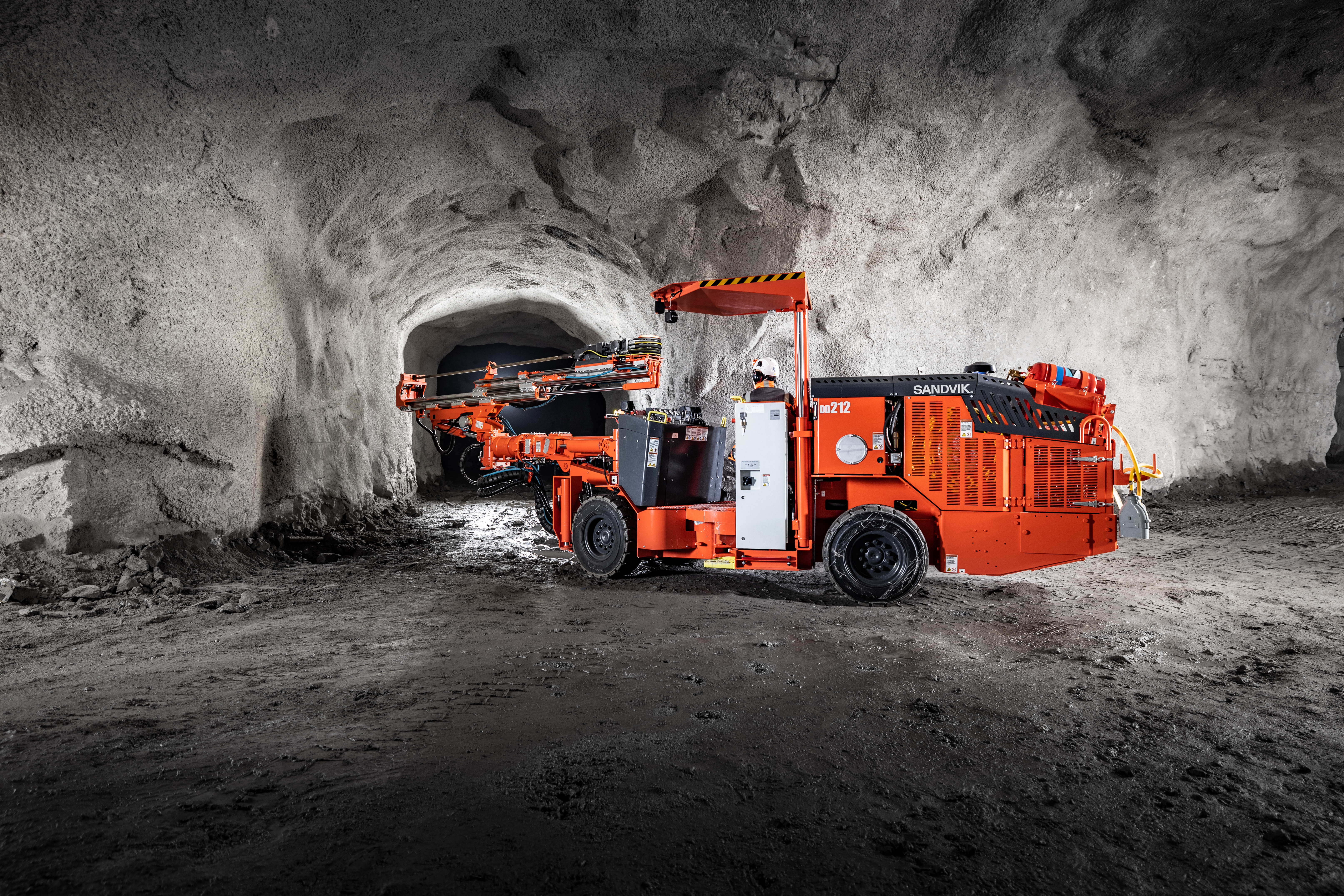 This week, Sandvik Mining and Rock Solutions introduced the new Sandvik DD212, a compact and intelligent single-boom electrohydraulic drill for tunneling and mining development in narrow vein drifts. The company said the new versatile drill is an upgrade of the Sandvik DD210, which will deliver a high level of productivity and a low cost of ownership.

The compact DD212 was specifically designed for use in smaller drifts. Based on factory and field tests, Sandvik said the DD212 delivers up to 20% reduction in boom positioning time per face, about 15% improvement in drill penetration rate, while its 3% improved pullout ratio can result in up to 10 centimeters (cm) greater advance per face when compared to similar equipment.

The machine is also equipped with new features, such as the THC562 drilling control system with torque control and reaming hole selection that enables the DD212 to provide increased drilling performance and reduce the wear on both the rock drill and rock tools, according to Sandvik. It also has a new, intelligent boom (SB20i) with electronic hole positioning enabling the precise and fast navigation of drill feed and tool, with automatic parallelism and instrumentation for hole angle measurements. The boom offers large face drill coverage from 6 m² to 25 m², thanks to the 1-meter boom extension and the two narrow-vein rotation actuators.