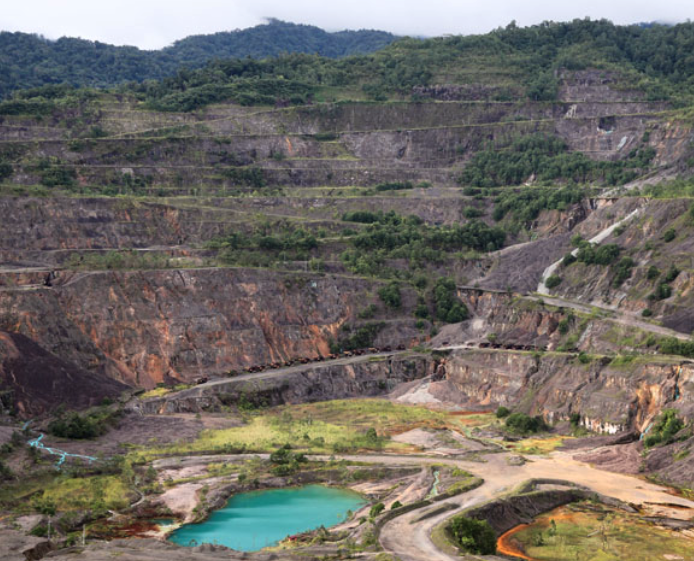 Rio Tinto said it has reached an agreement with members of the Bougainville community to look into potential environmental and human rights impacts stemming from its Panguna copper mine, which it operated for 17 years until it was closed in 1989 when operations were suspended due to an uprising against the mine and subsequent civil war. Member of the community were represented by the Human Rights Law Centre (HRLC), which reached an agreement with the company to identify and assess legacy impacts. This follows several months of discussions facilitated by the Australian OECD National Contact Point (AusNCP).

A joint committee of stakeholders will be formed to oversee a detailed independent assessment of the Panguna mine. The Panguna Mine Legacy Impact Assessment Committee will be established by the Autonomous Bougainville Government (ABG) and the parties to the AusNCP process, Rio Tinto, the HRLC and the community members the HRLC represents. It will be chaired by an independent facilitator with representatives invited to join the Committee from the Independent State of Papua New Guinea (PNG), Bougainville Copper Ltd. (BCL), as well as other landowners and community representatives.

The complaint was filed last September by 156 Bougainville residents from communities downstream of the mine who alleged the massive volume of waste pollution left by the mine is having severe environmental and human rights impacts and putting the lives and livelihoods of their communities at risk. Filed with the Australian OECD National Contact Point the AusNCP, the complaint sought commitments from Rio Tinto to fund an independent impact assessment of the site and contribute to a substantial fund to address risks to health and safety, assist with long-term clean-up and rehabilitation.

The communities have been in discussions with Rio Tinto, facilitated by the AusNCP, since December 2020.

“This is an important first step toward engaging with those impacted by the legacy of the Panguna mine,” Rio Tinto Chief Executive Jakob Stausholm said. “It comes after months of constructive engagement with the HRLC and the community members they represent facilitated by the Australian National Contact Point, as well as engagement with other key stakeholders including the Autonomous Bougainville Government.

Stausholm said the company is taken the concerns seriously and it is “committed to identifying and assessing any involvement we may have had in adverse impacts in line with our external human rights and environmental commitments and internal policies and standards.”

“Our people have been living with the disastrous impacts of Panguna for many years and the situation is getting worse,” traditional landowner and member of parliament, Theonila Roka Matbob, said. “The mine continues to poison our rivers with copper. Our kids get sick from the pollution and communities downstream are now being flooded with mine waste. Some people have to walk two hours a day just to get clean drinking water. In other areas, communities’ sacred sites are being flooded and destroyed.”

She added that the problems need to be urgently investigated and solutions developed so clean-up can begin. “Today’s announcement gives us hope for a new chapter for our people,” she said.

The committee will appoint a chairperson and an independent third-party company (or consortium) to complete the Impact Assessment with strong environmental and human rights expertise as well as both global and regional experience.

Judge Overturns Issuance of Wetlands Permit for Back Forty Project

Mines in South Africa Start to Reopen During Lockdown