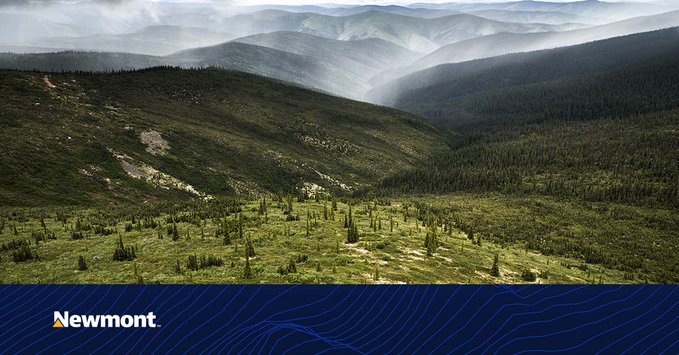 Newmont Corp. announced that the Governments of Yukon and Canada, after consultation with Yukon First Nations, have jointly accepted the recommendation the Coffee gold project be allowed to proceed by the Yukon Environmental Socioeconomic Assessment Board’s (YESAB).

“Newmont is pleased that the Federal and Territorial Governments and our First Nations partners recognize the significant benefits of the Coffee gold project and Newmont’s commitment to delivering our purpose to create value through sustainable and responsible mining,” said Mark Rodgers, Regional Senior Vice President, Newmont North America. “The decision to approve the Coffee gold project provides much-needed certainty about the future of the project and the development of this strategic asset. We look forward to continued engagement with Government and Yukon First Nations.”

Earlier in 2022, YESAB recommended to the Territorial and Federal Governments that the project be allowed to proceed, with the recommendation being recently accepted. YESAB, in their role as an independent body, is tasked with the assessment responsibilities of the Yukon Environmental and Socio-economic Assessment Act (YESAA) legislation and regulations.

“This is another example of the effectiveness of the Yukon’s environmental and social-economic assessment process that continues to uphold responsible development in the territory,” said Yukon Premier Sandy Silver. The Coffee gold project will provide significant employment opportunities for many Yukoners and contribute to the territory’s growing economy. Through our ongoing engagement with Yukon First Nations and our collaboration with the Government of Canada, we look forward to supporting the next stages in the development of the Coffee gold project.”

The Coffee gold project is a proposed open-pit, heap-leach gold mine located in west-central Yukon, approximately 100 km east of Beaver Creek. During the peak of construction, the proposed project is estimated to provide nearly 700 jobs for Yukoners.

Loulo-Gounkoto’s New Underground Mine Ramps Up