New Century Will Buy Goro Mine From Vale 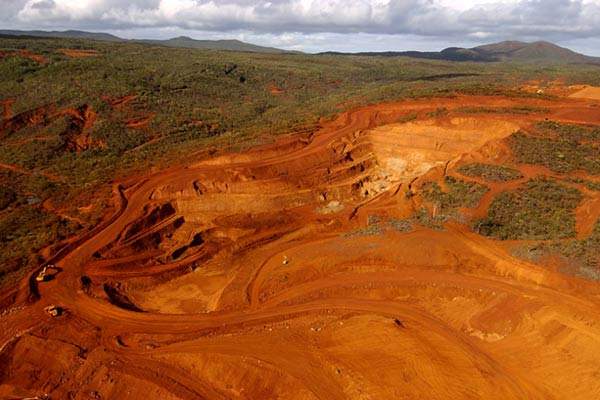 New Century Resources Ltd. has entered into a 60-day exclusivity period with Vale Canada Ltd. (VCL), a subsidiary of Vale S.A., to complete due diligence and negotiate the acquisition of 95% of the issued shares in Vale Nouvelle-Calédonie SAS (VNC). VNC owns and operates the Goro nickel and cobalt mine in New Caledonia.

Subject to due diligence and negotiation of formal agreements, the financial terms would include a financial package to support the transition and continuity of VNC operations from VCL to NCZ. The parties also plan to jointly engage with the French state to confirm its continued financing support.

“New Century is pleased to secure this exclusivity agreement in relation to the potential acquisition of the Goro [mine],” New Century Managing Director Patrick Walta said.

He added that New Century has been impressed by the VNC site team and the quality and scale of the infrastructure at the Goro mine.

The Goro operations include a fully integrated and operational world-class mine, processing plant and port facility. A plan has already been implemented to improve Goro’s cost base that includes converting to a low-impurity limonite only feed, decommissioning a complex refinery, which has been the major source of operational disruptions, transitioning to 100% mixed hydroxide product (MHP), highly sought after by the Electric Vehicle industry, and obtaining a license for saprolite ore export.

If the transaction proceeds, it would become a major nickel supplier and a non-Democratic Republic of Congo source for cobalt.

US May Lift Sanctions Against Rusal