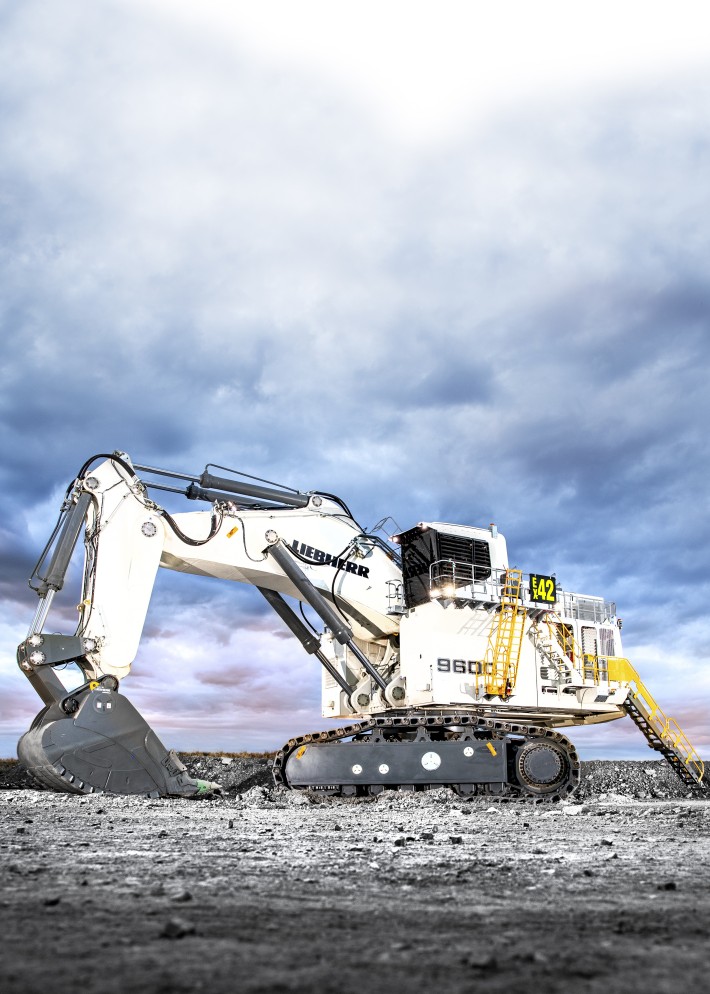 It enters the market after gaining a year of field experience in Australia, the largest market for 600-mt class excavators. This new development builds on years of customer-centric research and is based upon the successful R 9800 800-mt excavator. A total of eight units will be operating in Australia by end of 2021. The R 9600 will enter serial production at the end of this year.

After testing the first prototypes at the factory proving grounds in Colmar, France, in early 2020, the first R 9600 pre-series excavators started operating in iron ore and coal applications in Australia. Liebherr, together with BHP and Thiess, started the partnered validation of the first two units in the field.

The R 9600 is equipped with two QSK50 Cummins engines with advanced combustion technologies. Liebherr has developed and implemented LPE solutions (Liebherr Power Efficiency), which enables up to 20% in fuels savings.

In standard backhoe configuration with a heavy-duty wear package, the R 9600 comes with a 37.5-m3/49.1-yd3 bucket to deliver an ideal truck/shovel match with Liebherr mining trucks. It loads 190-mt trucks in three passes, 240-mt trucks in four passes, 300-mt trucks in five passes and T 284 375-mt trucks in six passes.

The excavator is also available in face shovel configuration equipped with a 37-m3/48.4-yd3 shovel, as standard with a heavy-duty wear package.

Metso to Supply Pellet Plant to JSW Steel in India

Production Starts at Woodlawn Mine