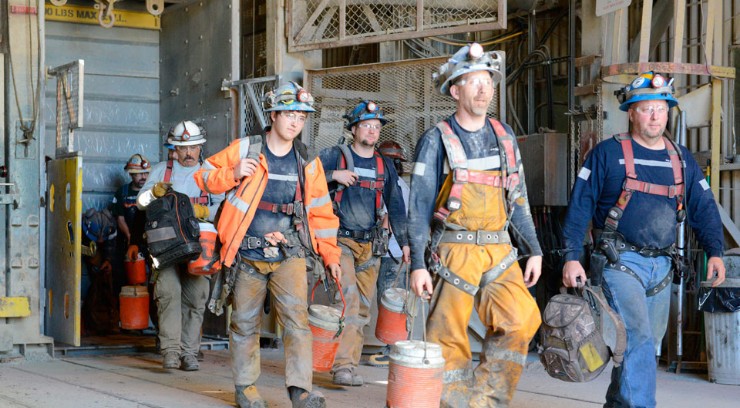 Hecla Mining Co. reported 2022 silver production of 14.2 million ounces (oz), Hecla’s second highest. The figure was an increase of 10% over last year driven by a 24% increase at the Lucky Friday mine in Idaho and a 5% increase at the Greens Creek mine in Alaska. The company also reported that development at the recently acquired Keno Hill project in Yukon remains on schedule with production planned to start in the third quarter of 2023, ramping-up to an expected 440 tons per day (t/d) by year end.

“Hecla is the fastest-growing silver producer with a 40% increase in production since 2018. This sustainable growth is due to the continued strong performance of Greens Creek and dramatically higher production from Lucky Friday,” said Phil Baker, president and CEO, Hecla Mining Co. “Greens Creek had record throughput in the fourth quarter and Lucky Friday’s production was driven by higher grades and the innovative Underhand Closed Bench mining method.

“In 2023, with Keno Hill expected to produce more than 2.5 million oz of silver, Hecla could achieve as much as 17 million oz of silver production, which reaches our production goal a year earlier than planned and would make Hecla the largest silver producer not only in the United States but also in Canada,” Baker said. “With silver’s growing use in the solar industry and the focus on clean and green energy, this is an exciting time to be the leading silver producer in the world’s best jurisdictions.”

The Lucky Friday mine produced 4.4 million oz of silver in 2022. The 24% increase in silver production was attributed to an 11% increase in mill throughput and 12% higher grades. The 80-yr-old mine achieved multiple milestones in 2022 with record mined tons and record mill throughput of 978 t/d.

The Casa Berardi mine produced 127,590 oz of gold in 2022, a 5% decrease. The company cited lower grades as ore sourced from the pits accounted for a higher percentage of the mill feed, partially offset by higher throughput and recoveries. The mill operated at an average of 4,353 t/d in 2022, an increase of 4% over the prior year, and achieved yet another throughput record of 4,468 t/d in the fourth quarter of 2022.

Roy Hill to Become the World’s Largest Autonomous Mine