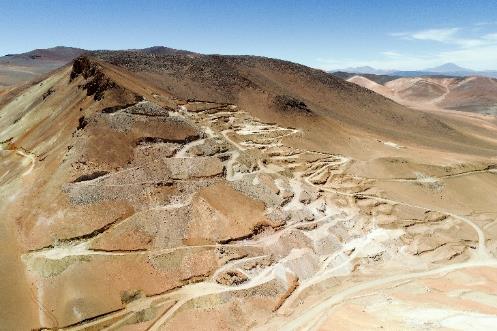 The Salares Norte project is expected to produce 450,000 ounces of gold equivalent for the first seven years. (Photo: Gold Fields)

On Wednesday, February 12, Gold Fields announced that its board approved the construction and development of the Salares Norte project in Chile thanks to an increase in profit in 2019.

The company completed a placement of about 41.43 million new shares, which raised about $252 million and will help to develop the project.

“The project is expected to meaningfully change the future profile of Gold Fields, providing growth in production and a reduction in group AIC,” CEO Nick Holland said. “The project capital is expected to be funded from the capital markets, the strong operational cash generation and existing debt facilities, if required.”

This will allow Gold Fields to maintain a 100% interest in the project. The Salares Norte project has an expected life of 11.5 years and average annual production of 450,000 ounces (oz) of gold equivalent for the first seven years. Construction is expected to begin in the fourth quarter, with first production in the first quarter of 2023.

The project’s Environmental Impact Assessment was approved in December.

The updated capital expenditure estimate is $860 million, scheduled over a 33-month period commencing in April.