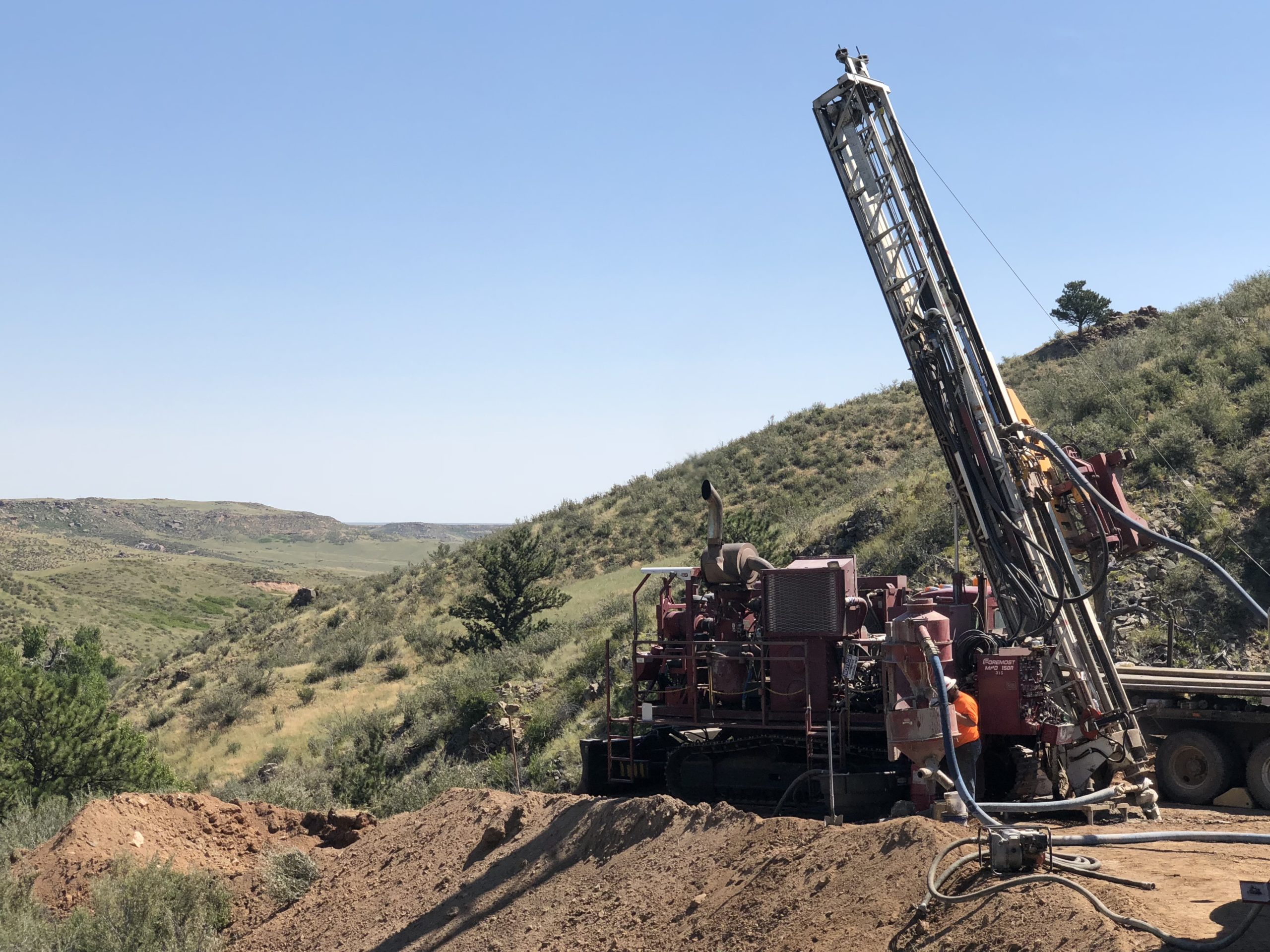 A prefeasibility study at U.S. Gold Corp.’s CK Gold project near Cheyenne, Wyoming, is under way with permits in place to conduct the follow-up drilling program. Drilling at the former Copper King project is aimed at gathering fresh mineral samples for metallurgical tests and convert previously reporter inferred resources to measured and indicated and extend the resource to the southeast.

As previously reported, flotation concentrate from sulfide and mixed sulfide sample composites for the project contained 26% copper and 89 grams per ton (g/t) gold with little or no deleterious elements contained for later smelting. Fresh samples should allow flotation recoveries, already reported as averaging 72.5% gold and 81.5% copper across the resources, to be optimized, the company said.

Drilling is expected to conclude sometime in October, when a resource update is intended to be completed encompassing the new data and a complete re-evaluation of the existing core, which is now largely completed. The relogging exercise of the existing core under the supervision of geologic specialists reveals new textures to assist with assessing gold and copper deposition, and the presence of native copper, which could have impacted metallurgical recovery in prior test work, the company said.

While the field activities and drilling are taking place, the Company is taking advantage of the time to capture data that should support geotechnical, hydrological and other studies, including detailed baseline conditions. Site-specific baseline information collection and characterization of the surrounding environment for the proposed project will be initiated during September.

As part of the August 12 announcement of the acquisition of Northern Panther Resource Corp., George Bee, recently appointed president of U.S. Gold Corp., conducted his own due diligence exercise with specific focus on the CK Gold asset.

“Given the current market conditions with gold prices rising substantially and crossing the $2,000 mark, our PEA and internal estimates published in March 2020 are now very conservative,” Bee said. “Furthermore, not only does potential development come at a time when the coal, uranium, and the oil and gas businesses in Wyoming are facing challenges from depressed prices, there appears to be many synergies and positive aspects for the project as a consequence of its location.”

Bee said the CK Gold Project is a “rare opportunity whose time has come.”