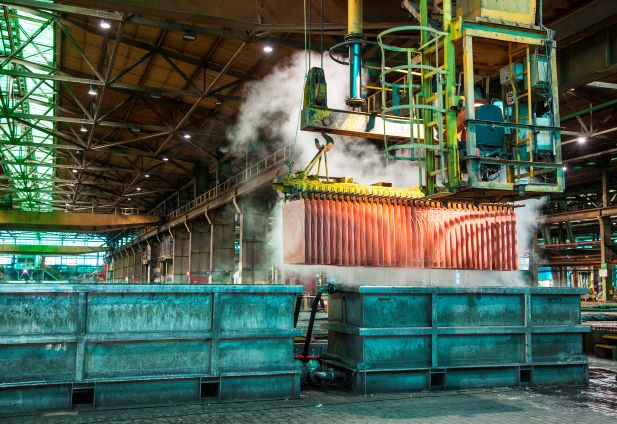 On Wednesday, June 22, more than 45,000 workers from different divisions of Chile’s state-owned copper company Codelco began a national strike, as reported by the president of the Federation of Copper Workers (FTC in Spanish). The FTC is demanding that the government invest more in the Ventanas smelting plant, and thus avoid an imminent closure.

The stoppage of activities coincides with the announcement by the Minister of Finance, Mario Marcel, of the signing of a reinvestment plan that contemplates the injection of an average of 30% of the profits corresponding to four years and seeks to prevent the operators from Ventanas to lose their jobs. Marcel indicated that “there is no work stoppage,” while the deputy executive president of the state company affirmed that precautions have been taken to guarantee operational continuity.

Earlier in the week, Codelco announced that it will indefinitely close the facilities of its Ventanas smelter, located in Puchuncavi, in the Valparaíso Region. Codelco’s union workers allege a lack of investment in corrective measures, while Codelco halted work at the Ventanas smelter and refinery in early June for maintenance work after national authorities declared an environmental emergency throughout the region. More than 100 people presented symptoms of poisoning in the area due to sulfur dioxide emissions.