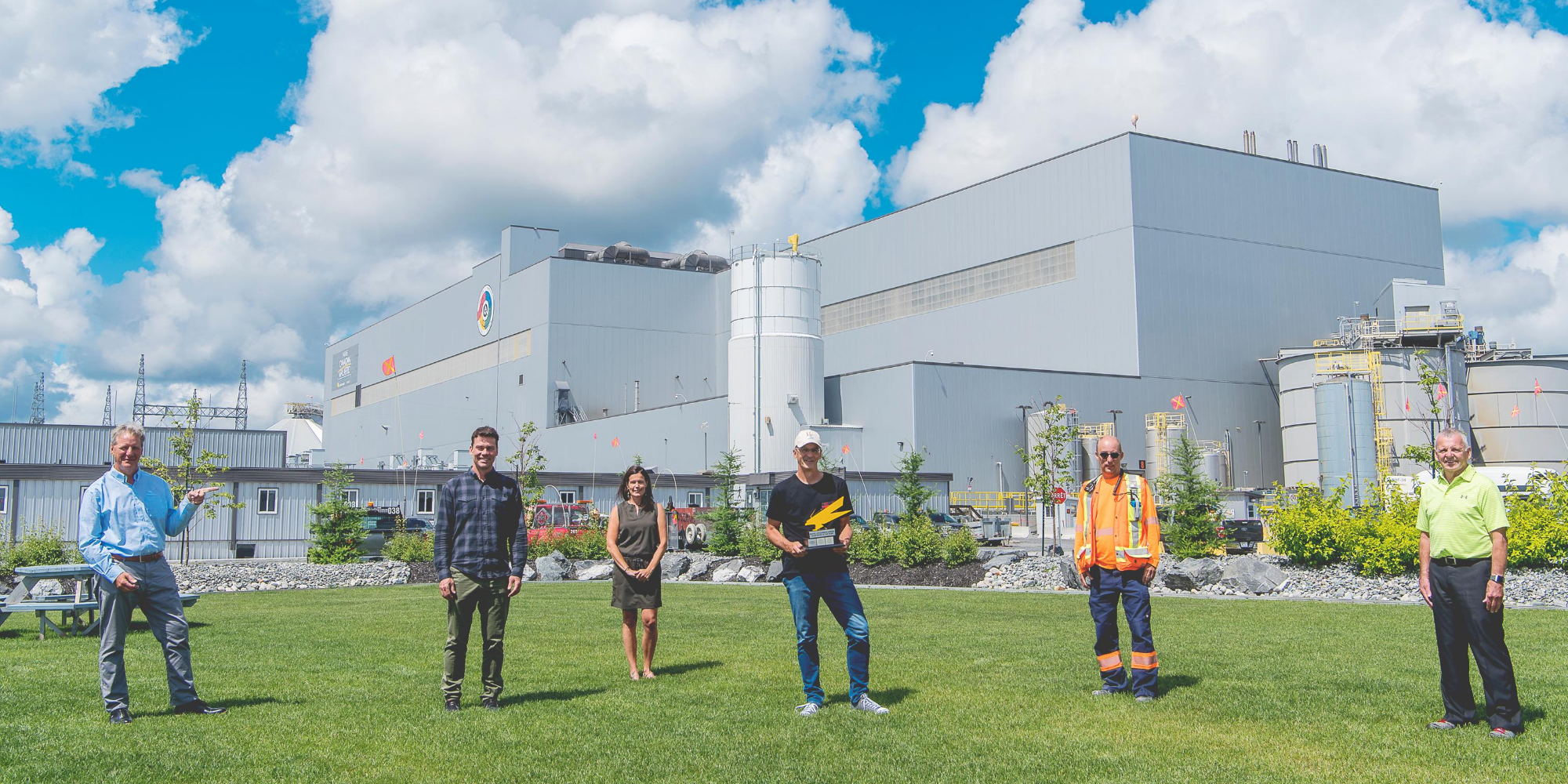 Swallows are thriving once again in the Malartic region of Quebec, thanks to the Environment team at Canadian Malartic Mine (CMM). The team was recently declared the latest winner of Agnico Eagle’s Michel Létourneau Award.

The award was presented to the CMM Environment team during a virtual ceremony held on July 30 to honor employee “good moves” in health, safety, environment, community and business performance throughout 2019-2020. The award was presented by Vice Chair and CEO Sean Boyd, Vice President of Health, Safety, Social and Public Affairs Patrice Gilbert and the award’s namesake, former colleague, now retired, Michel Létourneau.

They consulted colleague François Dubois, senior buyer and amateur ornithologist. Dubois confirmed the birds were bank swallows — a species that is classified as threatened in Canada due to their dramatic population decline of 98% over the last 40 years.

Since extracting was set to resume soon in the borrow pit, Lafrenière contacted Éric Bouchard, CMM’s Tailings Facility assistant superintendent, to develop a plan to minimize disturbance to the swallows. A decision was made to open up another face in the pit and leave the swallows undisturbed in their existing location. Everyone agreed that once the swallows had migrated south for the winter, the face with the nests could then be exploited and later reshaped so the bank swallows could nest there the following year.

According to Lafrenière, the swallows have returned to Malartic in strong numbers. During a field inspection in May, there were too many swallows flying overhead for the team to get an accurate count, although they were able to identify more than 215 nesting burrows along the pit face.

“The successful return of the swallows to their nesting site is a perfect example of great teamwork,” Lafrenière said. “Having such an engaged, passionate and committed team makes it far easier to implement potentially challenging measures that could disrupt normal operations.”

Gilbert commented, “We chose this CMM initiative because it advances so many of our biodiversity management and conservation objectives — in particular, our goal to protect and restore ecosystems by ensuring that biodiversity is taken into account during our project planning and operations.”

Newmont Goldcorp Moves Ahead With Second Expansion at Tanami in Australia