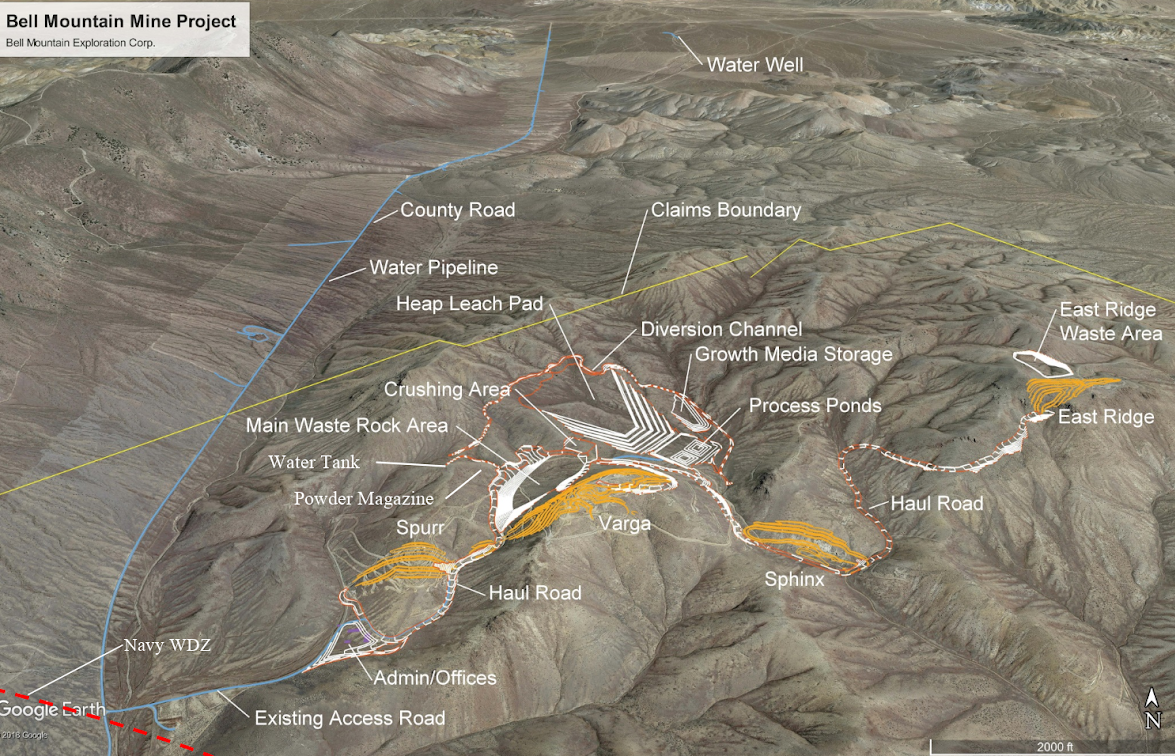 The Bureau of Land Management (BLM) has given the nod to Eros Resource Corp’s Bell Mountain mine project. It will consist of open-pit mining and heap-leach processing located in Churchill County, Nevada, and will mine for gold and silver.

The project includes one new right-of-way for a water conveyance pipeline and use of the existing Earthquake Fault Road. This project will encompass approximately 180 acres of new disturbance on BLM-administered lands.

In the fourth quarter of 2018, Eros received notice that the Bell Mountain mining claims were no longer subject to a moratorium from the U.S. Navy, confirming that the Bell Mountain property will not be encumbered by the Fallon Naval Air Station expansion. The company has been aggressively pursuing the permitting of Bell.

Eros President and CEO Ron Netolitzky said, “Given the delays that the company faced when the Navy proposed to expropriate the property, the speed with which we have advanced through the permitting process has been key to ensuring the success of Bell Mountain. Eros wishes to thank our technical team in Nevada, along with our consultants, for their tireless efforts in this process.”

Netolitzky said the company believes the scale of Bell Mountain can be significantly increased with additional exploration work on the property.

A preliminary economic assessment includes a four-year mine life, with total production of 60,056 ounces (oz) of gold and 408,498 oz of silver, before expansion based on renewed exploration.

Orion and Byrnecut to Collaborate on Prieska