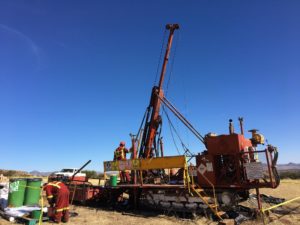 Avino Silver & Gold Mines Ltd. closed on the acquisition with Coeur Mining Inc. for all of the issued and outstanding shares of Proyectos Mineros La Preciosa S.A. de C.V., a Mexican corporation, and Cervantes LLC, a Delaware LLC, that together hold the La Preciosa property in Mexico. La Preciosa hosts one of the largest undeveloped primary silver resources in Mexico and is adjacent to Avino’s existing operations at the Avino Property.

Avino said the transaction has a strong rationale given the close proximity of La Preciosa to Avino’s existing mine and infrastructure, which could yield numerous financial and operational synergies, including reducing the environmental footprint associated with the development of a stand-alone La Preciosa operation.

“The closing of the acquisition of La Preciosa represents a major milestone for Avino as we advance our growth strategy to augment Avino to an intermediate silver producer with a large silver resource base,” President and CEO David Wolfin said. “Now that the transaction is complete, we can fully assess how to optimally integrate this large, high-quality silver project into our mine plan and leverage our existing processing facilities and infrastructure.”

Wolfin said the company expects a large portion of the La Preciosa resource to be mined via an underground operation.

Total consideration paid by Avino to Coeur was comprised of cash consideration of US$15.3 million paid to Coeur; a promissory note for US$5 million in favor of Coeur; 14,000,000 common shares of Avino to Coeur; 7,000,000 share purchase warrants exercisable at US$1.09 per share until September 21, 2023, representing a 25% premium to Avino’s 20-day volume weighted average trading price as of October 26, 2021. There will also be an additional cash payment of US$8.75 million, to be paid no later than 12 months after initial production at La Preciosa, up to one-half of which may be paid in common shares of Avino; a 1.25% net smelter returns royalty on the Gloria and Abundancia areas of La Preciosa, and a 2% gross value royalty on all other areas of La Preciosa; and  a payment of US$0.25 per silver equivalent ounce of new mineral reserves discovered and declared outside of the current mineral resource area at La Preciosa, subject to a cap of US$50 million, and any such payments will be credited against any existing or future payments owing on the gross value royalty.