Appian Files Claim Against Sibanye-Stillwater After Termination of US$1.2B Transaction 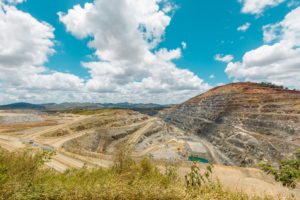 Sibanye’s termination was based on the assertion that a geotechnical instability at Atlantic Nickel’s Santa Rita mine (above) constitutes a material adverse effect. (Photo: Atlantic Nickel)

This week, investment firm Appian Capital Advisory LLP filed a claim in the High Court of England and Wales seeking compensation from Sibanye-Stillwater Ltd. and its subsidiary Sibanye BM Brazil Ltd. for what it claimed is Sibanye’s failure to close on a transaction, together with other associated material breaches. The claim relates to Sibanye’s termination of two sale and purchase agreements for its acquisition of Brazilian mining companies Atlantic Nickel and Mineração Vale Verde from Appian.

Sibanye’s termination was based on the assertion that a geotechnical instability at Atlantic Nickel’s Santa Rita mine constituted a material adverse effect under the terms of the relevant SPA.

Appian said the event had minimal impact on the mine. “Appian considers that Sibanye has improperly relied on the event to avoid its legal obligations and that Sibanye wished to terminate the SPAs for commercial reasons unrelated to the geotechnical event,” the company said.

Appian said Sibanye has failed to provide any contemporaneous evidence to support its alleged assessment that the geotechnical instability amounted to an MAE prior to its refusal to close under the SPAs.

“Sibanye’s failure to close the transaction and incorrect public statements in relation to the Santa Rita mine have materially damaged the market perception of Atlantic Nickel and Appian,” the company said.

Appian said it is trying to recover its losses.

Sibanye-Stillwater said it will “vigorously” defend the claim. Previously, it said, “We reject both Appian’s apparent strategy, and the substance of its comments. Its public characterization of the geotechnical event experienced at Santa Rita is both superficial and wrong.”

In October 2021, Sibanye-Stillwater entered into purchase and sale agreements with affiliates of funds advised by Appian Capital Advisory LLP to purchase 100% of the Santa Rita nickel mine and the Serrote copper mine, both located in Brazil, for a cash consideration of US$1 billion and a 5% net smelter royalty over potential future underground production at Santa Rita. Sibanye-Stillwater terminated the agreement in January 2022 after learning about a geotechnical event at Santa Rita.