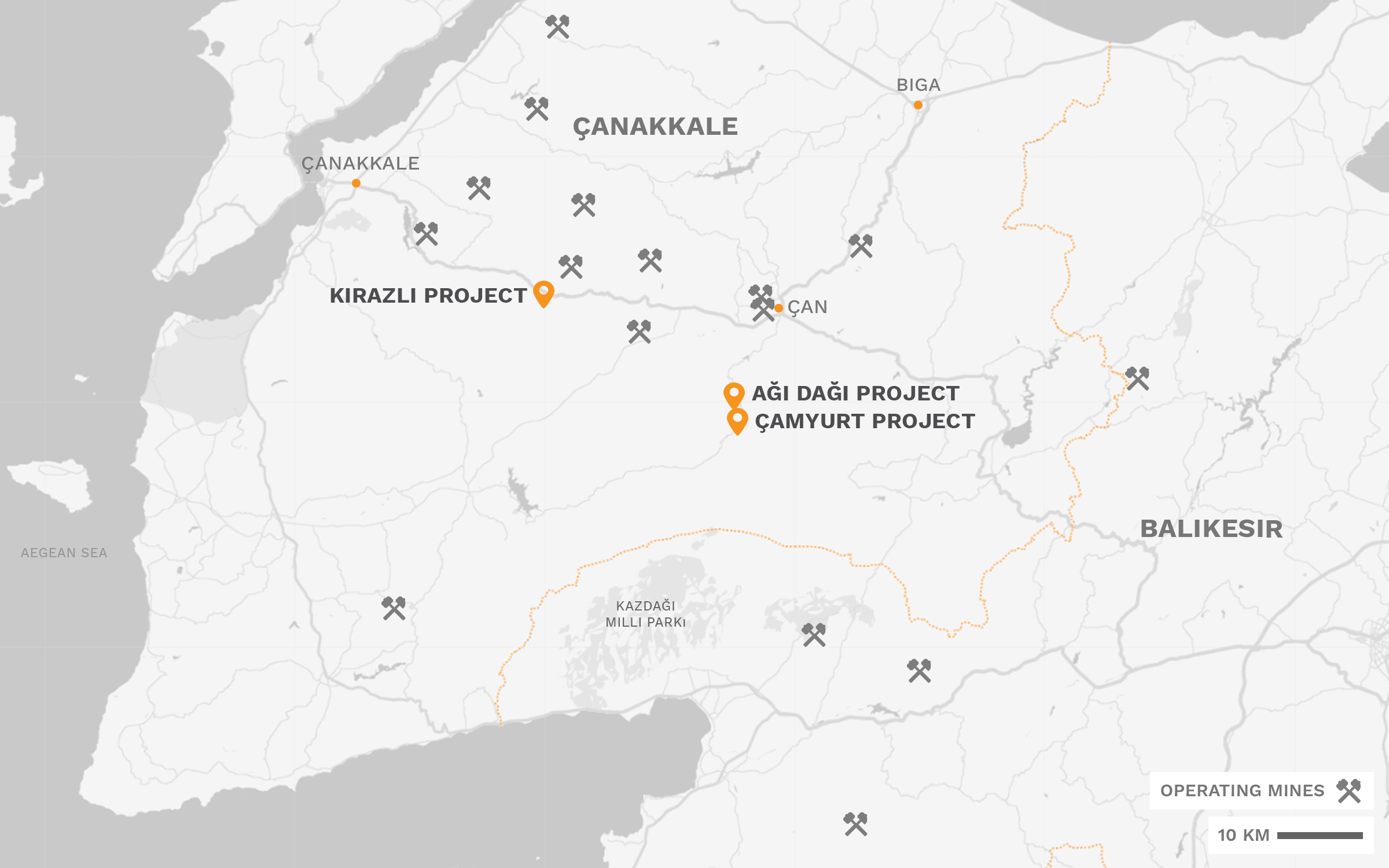 Alamos Gold Inc.’s Netherlands wholly-owned subsidiaries Alamos Gold Holdings Coöperatief U.A and Alamos Gold Holdings B.V. will file an investment treaty claim against the Republic of Turkey for expropriation and unfair and inequitable treatment, with respect to their Turkish gold mining project. The claim will be filed under the Netherlands-Turkey Bilateral Investment Treaty and is expected to exceed $1 billion, representing the value of the company’s Turkish assets, the company said.

Alamos has had an active presence in Turkey since 2010. Over that time frame, the company said its Turkish operations have met all legal and regulatory requirements, complied with best practices relating to sustainable development, including meeting the highest environmental and social management standards, created hundreds of jobs, and developed trusting relationships with the local communities.

Alamos and subsidiaries have invested more than $250 million in Turkey, unlocked more than a $1 billion dollars worth of project value, and contributed more than $20 million in royalties, taxes and forestry fees to the Turkish government. Over the life of the project, government revenues alone are expected to total $551 million, the company said. Additionally, Alamos and the subsidiaries have invested $25 million toward various community and social initiatives.

In October 2019, well into construction of the Kirazlı Gold Mine, the government did not grant a renewal of the company’s mining licenses, even though the company said it met all legal and regulatory requirements for the renewal. In October 2020, the Turkish government refused to renew the Forestry Permit. The company had been granted approval of all permits required to construct Kirazlı, including the Environmental Impact Assessment approval, Forestry Permit, and GSM (Business Opening and Operation) permit, and certain key permits for the nearby Ağı Dağı and Çamyurt gold mines.

“Alamos began investing in Turkey in 2010, warmly welcomed by the Turkish government through its foreign investment office,” Alamos Gold President and CEO John A. McCluskey said. “After 10 years of effort and over $250 million invested by the company, we have been shut down for over 18 months in a manner without precedent in Turkey, despite having received all the permits required to build and operate a mine.”

The company has worked with the government, McCluskey said, but it has “given us no indication that relief is in sight, nor will they engage with us in an effort to renew the outstanding licenses.”

The company is hopeful the arbitration process will bring about engagement with the government and lead to an equitable resolution to this impasse.